Matthew 18:21-35
Our goal – forgiveness
Why scorekeeping does not work. 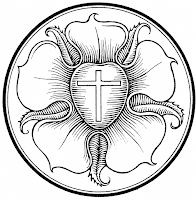 Not reconciliation but retaliation is the operating principle in the world these days. Jesus flatly contradicts the world’s procedure and lays down a better principle. By means of the parable found in this morning’s Gospel He says to us; “Make forgiveness your aim.”
I.                    Our forgiveness is empowered by the Father’s forgiveness.