September 28 - Monday prior to Proper 22 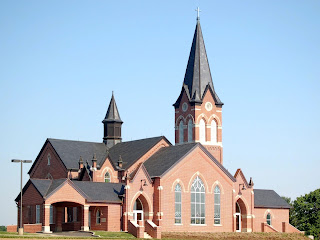 This Psalm was originally attributed to the ordination of David as king of Israel. David was the king that was rejected by men, but David instituted a time of peace and prosperity that Israel had not known before. This was a time of celebration, but this Psalm also points to another King that was rejected and has now become the capstone, or the stone that becomes the reference for the rest of the building. Jesus Christ was rejected by men, but now Jesus offers us peace and prosperity in ways that we could never create for ourselves. God has done something marvelous, and in doing so, allows us to say, “This is the day the LORD has made, I will rejoice and be glad in it.”[1]

Psalm 118:22 became one of the passages most frequently quoted by the early Christian teachers to describe the temporary humiliation and subsequent rejection of Jesus the crucified and risen Messiah. Observe how the Apostle Peter used this verse in Acts 4:8-12.

"Then Peter, filled with the Holy Spirit, said to them, 'Rulers and elders of the people, if we are on trial today for a benefit done to a sick man, as to how this man has been made well, let it be known to all of you, and to all the people of Israel, that by the name of Jesus Christ the Nazarene, whom you crucified, whom God raised from the dead—by this name this man stands here before you in good health. He is the STONE WHICH WAS REJECTED by you, THE BUILDERS, but WHICH BECAME THE VERY CORNER stone. And there is salvation in no one else; for there is no other name under heaven that has been given among men, by which we must be saved.'"

David offers a song of thanksgiving for deliverance and victory. The people rejoice over what the Lord has done. Thereafter, the king speaks his final word of praise (see verse 28). We praise and exalt the Lord because He is mighty to save. This is why He is good – His mercy, His steadfast love endures forever.

Prayer for Psalm 118: Lord God, your Son, rejected by the builders, has become the cornerstone of the Church. Shed rays of your glory up your Church, that it may be seen as the gat of salvation open to all nations. Let cries of joy and exultation ring out from its courts to celebrate the wonder of Christ’s resurrection now and forever. [2]

[1] https://www.thedailybibleverse.org/bible-verse-the-stone-the-builders-rejected-has-become-the-cornerstone-the-lord-has-done-this-and-it-is-marvelous-in-our-eyes
[2] For All the Saints, A Prayer Book for and By the Church © 1995 American Lutheran Publicity Bureau, Delhi, NY