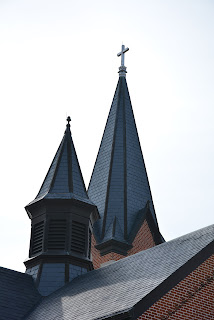 John 8:31 – This passage is the inspiration for the hymn, “Lord Keep Us Steadfast in Your Word.”  Faith clings to the Lord and His teaching. We are called to be faithful; faithful to the Lord, to His Word, to each other.

The reflection below was written by The Rev. Dr. Mark Birkholz pastor of Faith Evangelical Lutheran Church, Oak Lawn, Ill.

Luther’s Reformation hymn, “Lord, Keep Us Steadfast in Your Word” (LSB 655) is one of his best known compositions.  When it was published in 1542, it appeared with the subtitle, “A Children’s Hymn, to be Sung Against the Two Archenemies of Christ and His Holy Church, the Pope and Turk.”
What was going on for Luther to write such a hymn?

Luther and the Reformers’ theological conflict with the various popes is well-known.  The political conflict between the Holy Roman Empire, to which the Reformers and their princes belonged, and the Turkish Ottoman Empire was also a significant factor during the time of the Reformation.

In Luther’s day the Turks controlled not only much of the Middle East and North Africa, they also held land in southeastern Europe (modern day Greece, Bulgaria, Romania, and the Balkans).  In the early 1500’s there were a series of battles in Austria and Hungary between the Turks and the Holy Roman Empire.  The siege of Vienna in the autumn of 1529 led to the decision of Emperor Charles V to call the Diet of Augsburg to unite the Holy Roman Empire against threat of Turkish invasion.

Luther felt like he was surrounded by enemies—both the forces of the pope and the Turk.  He wrote an appeal for the people to pray against the Turks (Vermahnung zum Gebet wider den Türken, LW 43:213-42), and he wrote “Lord, Keep Us Steadfast in Your Word” to encourage them in the face of their enemies.

The second line of the hymn originally read, “Restrain the murderous Pope and Turk” (Und steur des Papst und Türken Mord).  The translation was later revised to “Curb those who by deceit or sword,” to include all the enemies of the church.

This hymn is written in a threefold, Trinitarian format.  This first verse is an appeal to God the Father to preserve us by His Word, rather than by the force of arms.  God never promises us victory in battle over our enemies.  Pearl Harbor and the 9/11 attacks are reminders that there will be times when our enemies may triumph over us as a nation.  Luther does not lead his people to pray for the imperial armies or for victory in battle, but for God to sustain His people by His Word, come what may.[1]

Lord God heavenly Father, since we cannot stand before You relying on anything we have done, help us trust in Your abiding grace and live according to Your Word; through Jesus Christ, Your Son, our Lord, who lives and reigns with You and the Holy Spirit, one God, now and forever.[2]