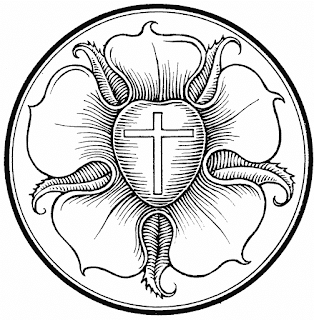 
22 As they were gathering[f] in Galilee, Jesus said to them, “The Son of Man is about to be delivered into the hands of men, 23 and they will kill him, and he will be raised on the third day.” And they were greatly distressed.

24 When they came to Capernaum, the collectors of the two-drachma tax went up to Peter and said, “Does your teacher not pay the tax?” 25 He said, “Yes.” And when he came into the house, Jesus spoke to him first, saying, “What do you think, Simon? From whom do kings of the earth take toll or tax? From their sons or from others?” 26 And when he said, “From others,” Jesus said to him, “Then the sons are free. 27 However, not to give offense to them, go to the sea and cast a hook and take the first fish that comes up, and when you open its mouth you will find a shekel.[g] Take that and give it to them for me and for yourself.”

Luther's Seal © Higher Things  permission granted for personal and congregational use
Posted by Pastor D at 12:00 AM