You are a hiding place for me; you preserve me from trouble; you surround me with shouts of deliverance. 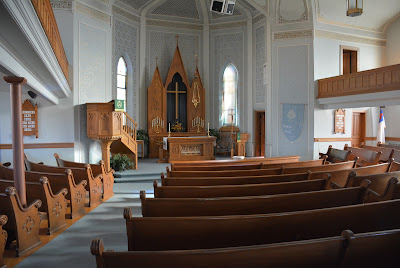 Psalm 32:1-7—key verse 7a—The Psalm is an exuberant proclamation of the happy and blessed state of those who experience God’s forgiveness. Blessed…Blessed. Repetition underscores the following phrases—are forgiven…are covered…does not count against him. Paul will pick up on this theme in Romans 4:6-8.

What did David see? He saw that God would not only forgive sin, which King David experienced himself, he also saw that through the Messiah (Jesus) believers would live with sin NEVER being a charge against them.

David witnessed that sin will be forgiven, covered, and forgotten. In the way Paul wrote this, the Greek word he used for ‘will not’ is called an emphatic double negative. This means that sin will never, no, not ever, be counted against us. This is the strongest language that could ever be used to describe the state of the New Testament believer. An emphatic double negative is good news and life.

He is also using this double negative with the word ‘credited,’ an accounting term, which means imputed, charged, or reckoned with. Think about a credit card. When a purchase is made, the amount charged is then imputed to the cardholder and has to be paid later. However, David says that the Lord will never (not ever, ever, ever) charge sin against us making us pay for it. He won’t charge us because Jesus was charged, and He paid the ultimate price for sin once for all. (See Hebrews 10:10; 14). [11]

This psalm is a grateful testimony of joy concerning God’s gift of forgiveness. Those who confess their sins in faith can be assured of their forgiveness in Christ. It is a fitting psalm to be used in this Lenten season. As you pray this psalm, reflect on all Christ has done to win for you salvation and life.

Almighty and everlasting God, mercifully increase in us Your gifts of holy discipline, in almsgiving, prayer and fasting; that our lives may be directed to the fulfilling of Your most gracious will; through Jesus Christ our Lord, who lives and reigns with You and the Holy Spirit, one God, forever and ever. Amen. [2]