Saturday prior to Proper 11 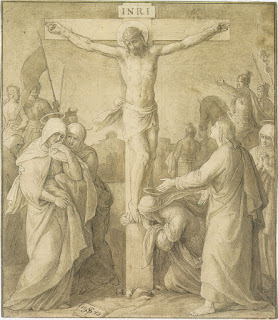 Ephesians 2:20 - Sunday’s hymn of the day, The Church’s One Foundation (LSB 644). Paul pictures a house when he speaks of the structure of the church. The foundation is solid as the church is based on the Old and New Testaments the prophets and the apostles. The tested stone on which the church rests is Christ on which everything centers around. With such a structure the church moves forward victoriously.

"The Church's One Foundation" is a Christian hymn written in the 1860s by Samuel John Stone. This hymn describes the church's relationship to its "foundation" being Jesus Christ. The church is represented as the collective Christian fellowship of the earth as it is wholly united by its savior, the son of God.

"The Church's One Foundation" was composed as a primary answer to the division within the Church of South Africa generated by John William Colenso, first Bishop of Natal, who denounced much of the Bible as untrue. This issue is referenced to within the fourth verse of the lyrics "Though with a scornful wonder men see her sore oppressed, by schisms rent asunder, by heresies distressed." When Bishop Colenso was dismissed for his teachings, he pleaded to the higher religious authorities in England.

Collect for this coming Sunday Proper 11 – Heavenly Father, though we do not deserve Your goodness, still You provide for all our needs of body and soul. Grant us Your Holy Spirit that we may acknowledge Your gifts, give thanks for all Your benefits, and serve You in willing obedience; through Jesus Christ, Your Son, our Lord, who lives and reigns with You and the Holy Spirit, One God, now and forever. Amen  [3]-17 July 2021