Friday prior to Proper 9 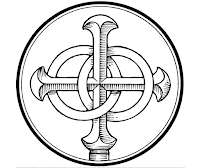 Mark 6:1–13—The rejection by one’s own people. Obstacles to ministry may occur with rejection. Jesus’ hometown of Nazareth takes offense at Him and His work.  Earlier Jesus was rejected by His family and religious leaders. Now He is rejected by the people (friends and relatives) of His hometown, Nazareth.

There is a touch of irony and tragedy in the words,”his own country.” It might have been, “his country.” “Own” intensifies the closeness of the relationship – his very own country, Nazareth, where Jesus grew up, worked as a carpenter, and where his family and relatives lived. The tragedy is that his home folks rejected him. “He came to his own” hometown and they rejected him. Leaders of his native religion pronounced him “possessed” of the devil. His nation cried, “Crucify Him!”[2]

They were astonished at His teaching and mighty works. They could not explain His greatness; they referred to Him as a carpenter and as the son of Mary along with brothers and sisters. Unable to explain Him, they took offense or were scandalized by Him. Jesus reacted by saying that a prophet was without honor among His own people. He was unable to do mighty works because of the people’s unbelief. Therefore, Jesus left with His disciples to teach in other towns. Next week we celebrated our country’s independence. God has blessed America in that given our representative form of democracy and our rights to practice our faith as outlines in the constitution the Gospel has had free reign. Not all however is well within our country. Many would want to stifle the Gospel.

We have no guarantee that America will last forever. The Lord could allow the Gospel to flourish in another place. Many of our Lutheran forefathers (and others) came to America to escape religious persecution happening in Europe. If the church in America received the same reception as did the Savior in His hometown would many simply stop coming?  How do some today practice their faith because it is convenient?

Collect for Proper 9 – O God, Your almighty power is made known chiefly in showing mercy. Grant us the fullness of Your grace that we may be called to repentance and made partakers of Your heavenly treasures; through Your Son, Jesus Christ, our Lord, who lives and reigns with You and the Holy Spirit, One God, now and forever. Amen [3]  -Friday, 2 July 2021—