June 10– Wednesday prior to Proper 6 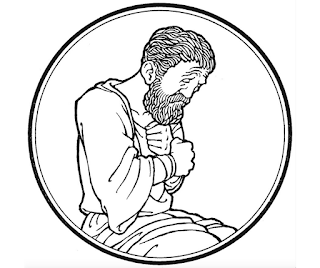 In his letter to the Romans, Paul addresses a predominantly Jewish audience. Jews living in Rome in the 1st Century understood life with the thought that there were, at any given time, three groupings of men living on planet earth. They believed that humanity was divided into three categories of class;

Ø  There were a few; they were, “The Righteous.” (Tzadikim Nistarim)

The “righteous” were in a category all their own. They needed no help from God. They were already perfect, holy and pure. The world was still intact and would not spin out of control because there were at least a few righteous men on the earth at any given time.

Sodom and Gomorrah were utterly destroyed because the Lord could not find any righteous men living there. Such righteous ones were men such as Abraham, Enoch, Elijah, and Job just to name a few.

Those reading Paul’s letter for the first time were very serious concerning their faith. Through ritual, a strict following of the law and by holy living they remained ethical, moral, principled, “good men.” Their goal was simple.  Become even better.

Stay clear of them, the good men were warned.  Evil ones were to be avoided. At all costs.

So imagine the reaction that must have happened when Paul’s audience heard these remarkable words.

This turned their moral compass upside down! It literally rocked their world!

So how do you understand words such as love, mercy, and grace? God’s love for us reveals true love. Only by knowing Christ’s mercy are you able to show mercy. Again, this is not a natural characteristic of sinful humankind. By God’s grace, every believer not only knows these divine words but also believes them and lives them.  "When you were dead in your sins and in the un-circumcision of your sinful nature, God made you alive with Christ. He forgave us all our sins." – Colossians 2:13

God reveals His love for us in the person of His Son Jesus. As you have received mercy; be merciful.