This day in history

This day in history 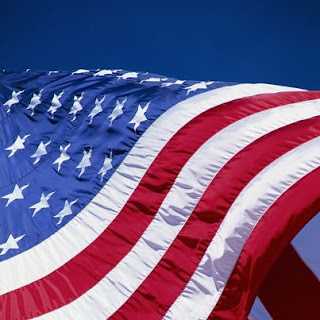 This Veteran’s Day (11 November 2018) will mark the 100th Anniversary of the end of World War 1. On November 11th, 1918, the armistice was signed between the Axis and Allies ending the First World War.

The armistice was the culmination of a coordinated Allied offensive extending across the western front, a distance of more than 400 miles. Faced with this overwhelming advance, the Germans were driven back from the territory they had fought hard to acquire over four long years of war.

With the situation looking increasingly dire with every passing day, the Germans dispatched a diplomatic delegation to the front.

On the morning of November 11th in Compiègne, France, an armistice was reached between the Allies and Germany, declaring a cessation to hostilities on the western front effective the 11th hour, of the 11th of day, of the 11th month. Four years of intense fighting had cost all combatant nations dearly, and Allied soldiers and civilians alike rejoiced.

The signing of the Armistice on November 11th became a national holiday in the United States. Veteran’s Day has been established not only to honor those who served in the First World War, and helped bring it to a close but for us to honor all those who have served in the Armed forces of our country.

On November 11 the Church remembers Martin of Tours who served in the military and later became a chaplain and Bishop in the church.  The most famous story regarding Martin is the Legend of Martin’s Cloak.  While Martin was a soldier in the Roman army and stationed in Gaul (which is now modern-day France), he experienced a vision, which became the most-repeated story about his life. One day as he was approaching the gates of the city he met a scantily clad beggar. He impulsively cut his military cloak in half to share with the man. That night, Martin dreamed of Jesus wearing the half-cloak he had given away. He heard Jesus say to the angels: "Martin, who is still but a catechumen, clothed me with this robe." The dream confirmed Martin in his piety. On November 11 we remember not only those veterans who served in former wars but also the chaplains who serve our armed forces in peace time, conflicts and war.

Luther was born on 10 November and baptized the very next day. Thus he was given the name Martin because Luther was baptized on that specific date November 11, 1483.

“Almighty God, our heavenly Father, in Whose hands are the living and the dead; we give You thanks for all those Your servants who have laid down their lives in the service of our country.. Grant to them Your mercy and the light of Your presence, that the good work which You have begun in them may be perfected on the Last Great Day; through Jesus Christ our Lord.”

“Lord of Hoses, Your servant Martin the soldier embodied the spirit of sacrifice. He became a bishop in Your Church to defend the faith. Give us grace to follow in his steps to that when our Lord returns we may be clothed with the baptismal garment of righteousness and peace; through Jesus Christ our Lord.”