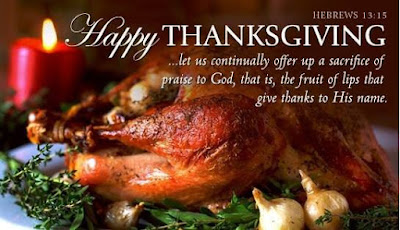 Collect for Proper 23 – O God, our refuge and strength, the author of all godliness, by Your grace hear the prayers of Your Church. Grant that those things which we ask in faith we may receive through Your bountiful mercy; through Jesus Christ, Your Son, our Lord, who lives and reigns with You and the Holy Spirit, one God, now and forever.

A quick outline based on Collect 23 series "C"

A proper perspective regarding God and you
1. God is our refuge and strength, the author of all godliness.
2. He hears the prayers of His people.
3. As dear children ask their dear Father we always ask in faith.
4. The Lord always responds from His bountiful mercy.

Jesus comes in mercy and, by His Word, heals you in body and soul. “Go and show yourselves to the priests,” for you are cleansed (Luke 17:14), and you are granted access to the Lord’s Temple. It is “at Jesus’ feet, giving him thanks” (Luke 17:16) that you worship God, for Christ Jesus is your great High Priest; His body is the true Temple. In Him, you “find rest, each of you in the house of her husband” (Ruth 1:9), for the Lord has “visited his people and given them food” (Ruth 1:6). The person of Jesus Christ lodges Himself in holy food — bread and wine for believers to eat and drink. You lodge where Jesus lodges; His Father is your God, His people are your people. Death cannot part you from Him because His death and resurrection are eternally yours through Holy Baptism. “Remember Jesus Christ, risen from the dead” (2 Timothy 2:8). As surely as death could not hold Him, so surely “the word of God is not bound” (2 Timothy 2:9). His Gospel is entrusted “to faithful men who will be able to teach others also” (2 Timothy 2:2), so that you “may obtain the salvation that is in Christ Jesus” (2 Timothy 2:10). Such is the confession of faith for all the saints, who believe, teach and confess the one Lord and Savior — Jesus Christ.

There was no love lost between Jews and Samaritans. Had they been healthy, the nine Jewish lepers would have had had nothing to do with this person whom they considered a half-breed, little better than a heathen. But leprosy had made them all outcasts from society, depending on the kindness of strangers in for daily sustenance.

On the way to Jerusalem, on the road that would ultimately lead to His death, Jesus encountered these ten pitiable men. He had mercy on them, and, foreshadowing the restoration of all creation at the Last Day, healed them of their dread disease. Only one returned to Jesus to give thanks—a foreigner, the Samaritan.

Christ came into the world to save all people, regardless of ethnicity, skin color, or other outward characteristics. We Gentiles, too, ought to fall at Jesus’ feet and give thanks for having rescued us from the far more dread disease of sin and its consequences of eternal, and not just temporal, death. This Descendant of a foreign, Moabite woman has made us clean. He Himself is the High Priest who declares us clean to His Father, and gives us a place in His kingdom. This Gospel lesson is traditionally read on Thanksgiving Day.

A hint of trivia - The Armadillo has an antibody for leprosy.  -The bacteria that causes leprosy, a chronic disease that can lead to disfigurement and nerve damage, is known to be transmitted to humans from nine-banded armadillos. A new study in PLOS Neglected Tropical Diseases reports that 62% of the armadillos in the western part of Pará state in the Brazilian Amazon are positive for the leprosy bacteria. June 28, 2018 - Science Daily

The disease is what unites them. Jesus is going to Jerusalem. He will only stop for them.

Going into a village, ten men, lepers met him standing afar off. Whole cities would come out to meet ἀπήντησαν a conquering King. This is a leper colony. Jesus is going into the leper's village. They come out to greet them.

Leprosy was a term for several skin diseases; see Leviticus 13

"Ten" is a perfect number. All together. They cry out for mercy but at a distance. They have nothing left to lose.

Luke 17:14
καὶ ἰδὼν εἶπεν αὐτοῖς• Πορευθέντες ἐπιδείξατε ἑαυτοὺς τοῖς ἱερεῦσιν. καὶ ἐγένετο ἐν τῷ ὑπάγειν αὐτοὺς ἐκαθαρίσθησαν.
When he saw them he said to them, “Go and show yourselves to the priests.” And as they went they were cleansed.

And seeing as they saw (being there present with them) he said "go, show yourselves to the priests. (To go back to your family. Uncleanness separated them. Cut off from community. The OT statement of original sin.) . Sin is unbelief given flesh and bones.

"Sent to the priests" think Judas

As they went they were healed.

Luke 17:15
εἷς δὲ ἐξ αὐτῶν, ἰδὼν ὅτι ἰάθη, ὑπέστρεψεν μετὰ φωνῆς μεγάλης δοξάζων τὸν θεόν,
Then one of them, when he saw that he was healed, turned back, praising God with a loud voice;

One from them, seeing right here and now, seeing he was healed, returned with a great voice glorifying God.

He goes to the priests. (Because Jesus sent him. He had to. He went, was examined, then returned.) Both he and Jesus knew the drill.

Luke 17:16
καὶ ἔπεσεν ἐπὶ πρόσωπον παρὰ τοὺς πόδας αὐτοῦ εὐχαριστῶν αὐτῷ• καὶ αὐτὸς ἦν Σαμαρίτης.
and he fell on his face at Jesus' feet, giving him thanks. Now he was a Samaritan.

He threw himself at Jesus' feet.  See Ruth 4:7, Christ is the kinsman redeemer. John the Baptist, "I am unworthy to untie his sandals."

Luke 17:18
οὐχ εὑρέθησαν ὑποστρέψαντες δοῦναι δόξαν τῷ θεῷ εἰ μὴ ὁ ἀλλογενὴς οὗτος;
Was no one found to return and give praise to God except this foreigner?”

Luke 17:19
καὶ εἶπεν αὐτῷ• Ἀναστὰς πορεύου• ἡ πίστις σου σέσωκέν σε.
And he said to him, “Rise and go your way; your faith has made you well.

“has made you well” - has saved you. σέσωκέν
Rise up, go and keep going, your faith has and continues to save you. Faith is busy and active.