THE PARABLE OF THE MUSTARD SEED – 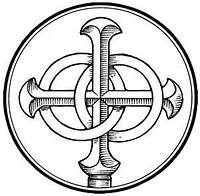 God, you are the tree of life, offering shelter to all the world. Graft us into yourself and nurture our growth, that we may bear your truth and love to those in need, through Jesus Christ, our Savior and Lord.[1]

The Parable of the Mustard Seed

30 And he said, “With what can we compare the kingdom of God, or what parable shall we use for it? 31 It is like a grain of mustard seed, which, when sown on the ground, is the smallest of all the seeds on earth, 32 yet when it is sown it grows up and becomes larger than all the garden plants and puts out large branches, so that the birds of the air can make nests in its shade.”[2] Mark 4:30-32

The mustard seed was the smallest seed, but it grew into a huge plant. This is Mark’s third parable of growth.

In this parable, Jesus teaches that although the Kingdom of God started small, with Jesus and the disciples, it would grow and spread across the world to unlimited numbers of followers.

The birds represent Gentile people. Jesus is saying that the Kingdom of God will include other nations and not just God’s chosen people, the Jews.

Mark’s Gentile readers would have taken great comfort and hope from this parable.

The main point of this parable is that the kingdom of God seemingly had insignificant beginnings. It was introduced by the despised and rejected Jesus and his 12 unimpressive disciples. But a day will come when its true greatness and power will be seen by the entire world.

This is another parable of contrasts, but the contrast may not be, as is sometimes thought, between the Church's insignificant beginnings and the wide spread, powerful organization it was to become: it is rather between the present veiled-ness of the Kingdom of God and its future glorious manifestation at the end of the age.

The gospel message contains its own power.

Some see this parable chiefly as a parable of contrast. The present hiddenness and ambiguousness of the kingdom of God be succeeded by its glorious manifestation. This parable conveys both a warning and a word of encouragement to Jesus’ disciples; they are not to imagine that the Kingdom is their kingdom or its triumph their triumph; the Kingdom remains God’s mysteriously creative work. He is “Lord of the harvest” (Mark 9:38). This serves for encouragement also; however slow and unspectacular the “progress” of the Kingdom may be, the outcome is in the sure hands of the Creator. Men may pray, “Thy kingdom come,” with patience and confidence.

Nest/live/dwell – When at last he comes in his glory, the LORD will be not only the Judge of all men, but also the one under whose shadow all who have truly trusted in him will find shelter. This parable warn against underestimating the significance of the proclamation of the kingdom of God, however unimpressive its initial impact may seem. What has begun in the Galilean ministry of Jesus will; by the power of God, one day prove to be of ultimate significance. If for the time being its power is hidden, it is not for that reason any less certain, and its growth will be spectacular.

The Word planted into your heart is power to grow a harvest of good works in your life. “And we continually thank God that in receiving the word of God from us, you did not accept it as the word of men, but as the true word of God. And this is the word which is now at work in you who believe.”  (1 Thessalonians 2:13) “For you have been born again, not of perishable seed, but of imperishable, through the living and enduring word of God.”  (1 Peter 1:23)

Jesus in these parables is speaking about the Kingdom of God – Not any worldly kingdom. It is not a kingdom that can be seen. It is not one that has a geographical local domain. The Kingdom of God is the people of God who live under the reign of the Father. It is invisible to us. And it subjects are known only to God.

Jesus said, “The Kingdom of God is like a mustard seed.” God can take something or someone that seems small and insignificant and turn it into a blessing that reaches many. Don’t overlook the mustard seed moments in your life.