Thursday prior to Epiphany 4 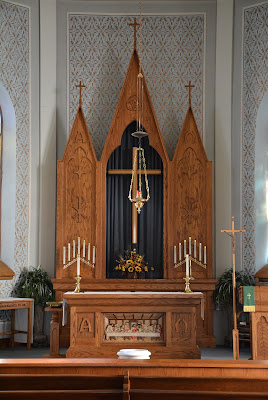 1 Corinthians 8:1-13—The Epistle for this coming Sunday speaks concerning the authority of revelation – what you know. Knowledge of God gives freedom to eat meat offered to idols.

Paul discusses a specific situation in Corinth, which caused a problem for Christians. Pagans participated in offering animal sacrifices to their gods. Part of the meat was burned on an altar and the rest was sold for food at the markets. Some Christians had no qualms of buying such meat for home consumption while others were conscience-stricken at the idea, for it seemed to them that they were participating in a pagan practice. Paul says no one should object to meats offered to idols because idols have no existence. God is the one and only true God. However, if some weaker brothers still feel it is wrong, those who have the knowledge that God alone is God should not each such meat to prevent offense and the destruction of their faith.

There is a difference between knowledge and truth. Not all knowledge deals with truth. There is a knowledge that just puffs up the pride of man. The truth of God is authoritative and liberating. Truth is self-authenticating. It needs no defense nor apology. A knowledge of the truth brings the authority and liberation to the one who knows. Thus, we constantly emphasize the need for more and more education.

Luther speaking of “Christian liberty” once said the Christian is the freest of all men but the servant of all. Our knowledge of God frees us from superstition, legalism, and a bad conscience, but love enslaves us for the welfare of our brother who might not yet have such knowledge. How many Christians today are willing to sacrifice their freedom of life-style to prevent offending a narrow Christian?

O God, you know that we cannot withstand the dangers, which surround us. Strengthen us in body and spirit so that with your help, we may be able to overcome the weakness that our sins has brought upon us.[1]