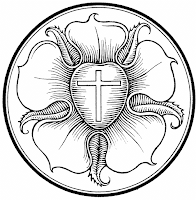 Almighty God, You know we live in the midst of so many dangers that in our frailty we cannot stand upright. Grant strength and protection to support us in all dangers and carry us through all temptations; through Jesus Christ our Lord

Our Lord Jesus Christ, True God in the Flesh, Cleanses Our Consciences from Sin

As He promised, the Lord our God has raised up “a prophet” like Moses, namely Jesus, our brother in the flesh. “To him you shall listen,” because the Word of the Lord is “in his mouth” (Deuteronomy 18:15–18). Indeed, He is more than a prophet and more than a scribe of the Scriptures; He is the incarnate Word, and He speaks “a new teaching with authority” (Mark 1:22, 27). He enters “the synagogue” of His Church and provides true Sabbath rest, using His authority to silence and cast out “even the unclean spirits” (Mark 1:21–27). By His Word of the cross, He removes the accusations of the Law and of the devil, and He cleanses our consciences before God the Father, “from whom are all things and for whom we exist.” Hence, we are now set free from bondage and commended to God by the one Lord, Jesus Christ, “through whom are all things and through whom we exist” (1 Corinthians 8:6). Therefore, use your freedom to care for your brothers and sisters, neither causing them to stumble nor wounding their consciences (1 Corinthians 8:9–12), but cleansing and strengthening them with the Gospel.
One Who Had Authority
Rev. Dr. Daniel J Brege
“… he taught them as one who had authority, and not as the scribes.” (Mark 1:22)
Twice in Sunday’s Gospel the people expressed amazement at Jesus’ authority.  First their amazement was uniquely about Jesus’ teaching.  He taught with never-before seen authority, an authority that was clearly beyond that of the scribes. Second they were amazed that His “teaching” possessed authority even to command demons.
The Greek word translated “authority” can indicate power, license, ability and the like.  The word can describe the authorization to do or perform something (“have license”).  When the people noted Jesus’ authority, they were certainly wondering who authorized him or gave him such power to do and speak what He did.  They knew of the authority given to the scribes for they had license to interpret Scripture, but whence did Jesus have such license—even greater than the scribes?
The “authority” of Jesus is a theme that runs through the Gospels.  In Matthew 9:6 when the Jewish leaders questioned Jesus’ authority to forgive sins, He responded: “But that you may know that the Son of Man has authority on earth to forgive sins”—he then said to the paralytic—“Rise, pick up your bed and go home.”  In Luke’s Gospel our Lord’s authority to teach and preach is questioned by the Jewish leaders as they wondered out loud, Tell us by what authority you do these things, or who it is that gave you this authority [20:2].  In John 5:25f Jesus explains how He has the power/authority to raise the dead, and upon raising the dead on the Last Day, He possesses authority/license to judge mankind: And he [the Father] has given him authority to execute judgment, because he is the Son of Man [5:27].
Though Jesus was truly given authority to teach, preach, exorcise demons, forgive sins, judge mankind and more, yet His greatest authorization was to die and rise from the dead.  Thus when Jesus predicted how He as the good shepherd would lay down His life for the sheep, He explains: I lay it [my life] down of my own accord. I have authority to lay it down, and I have authority to take it up again. This charge I have received from my Father [Jn 10:18].  The Good Shepherd was authorized to die and rise again. Jesus would repeatedly explain that going to Jerusalem, dying and rising from the dead was His ultimate work as the humbled Son of God. His Father authorized Him to do this, so that through these powerful works fallen mankind would have the gift of eternal salvation.
How then can people receive this wondrous gift of eternal salvation?  As Jesus prepared to ascend He declared His “omni-authority”:  All authority has been given to me in heaven and on earth [Mt 28:19].  With all authority—all power and license to do anything—what does the Son of God command? Go therefore and make disciples of all nations, baptizing them in the name of the Father and of the Son and of the Holy Spirit, teaching them to observe all that I have commanded you [vv 19-20].  With all authority He commands His apostles (and by extension His church) to baptize and to teach, and thus to make disciples by connecting people to His saving death and resurrection.
Jesus indeed is the One who has authority—authorized by His Father to perform certain loving, powerful tasks—and always this authority was and is used for the sake of mankind, ultimately for our eternal salvation.

Jesus Heals a Man with an Unclean Spirit

Mark 1:21
Καὶ εἰσπορεύονται εἰς Καφαρναούμ. καὶ [a]εὐθὺς τοῖς σάββασιν ἐδίδασκεν εἰς τὴν συναγωγήν.
And they went into Capernaum, and immediately on the Sabbath he entered the synagogue and was teaching.

Mark 1:22
καὶ ἐξεπλήσσοντο ἐπὶ τῇ διδαχῇ αὐτοῦ, ἦν γὰρ διδάσκων αὐτοὺς ὡς ἐξουσίαν ἔχων καὶ οὐχ ὡς οἱ γραμματεῖς.
And they were astonished at his teaching, for he taught them as one who had authority, and not as the scribes.

Mark 1:23
καὶ εὐθὺς ἦν ἐν τῇ συναγωγῇ αὐτῶν ἄνθρωπος ἐν πνεύματι ἀκαθάρτῳ καὶ ἀνέκραξεν
And immediately there was in their synagogue a man with an unclean spirit. And he cried out,

Mark 1:24
λέγων• Τί ἡμῖν καὶ σοί, Ἰησοῦ Ναζαρηνέ; ἦλθες ἀπολέσαι ἡμᾶς; οἶδά σε τίς εἶ, ὁ ἅγιος τοῦ θεοῦ.
“What have you to do with us, Jesus of Nazareth? Have you come to destroy us? I know who you are—the Holy One of God.”

Mark 1:26
καὶ σπαράξαν αὐτὸν τὸ πνεῦμα τὸ ἀκάθαρτον καὶ φωνῆσαν φωνῇ μεγάλῃ ἐξῆλθεν ἐξ αὐτοῦ.
And the unclean spirit, convulsing him and crying out with a loud voice, came out of him.

Mark 1:27
καὶ ἐθαμβήθησαν ἅπαντες, ὥστε συζητεῖν πρὸς ἑαυτοὺς λέγοντας• Τί ἐστιν τοῦτο; διδαχὴ καινή• κατ’ ἐξουσίαν καὶ τοῖς πνεύμασι τοῖς ἀκαθάρτοις ἐπιτάσσει, καὶ ὑπακούουσιν αὐτῷ.
And they were all amazed, so that they questioned among themselves, saying, “What is this? A new teaching with authority! He commands even the unclean spirits, and they obey him.”