Wednesday prior to Advent 4 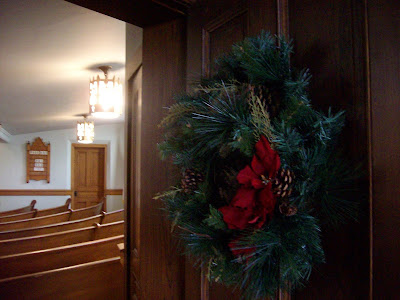 , —King David’s desire was to build a permanent structure for the Ark of the Covenant, that is a permanent place for God to reside with His people. But the Lord tells David that He will establish a ‘house’ and a kingdom for David, which shall have no end. We are not to look to Israel for fulfillment of God’s promise, but to David’s Descendant, Christ Jesus, who has established His throne of dominion forever, by His defeat of sin, death, and the devil at Calvary.

The Lord promises David that he will make his name great, give him rest from his enemies, and will establish him in an everlasting kingdom. David was promised that his descendants would rule God’s people forever. Each succeeding king as a son of David was considered a savior-king, a son of God. Each was looked to as a messiah.

At the exile this belief was no longer held for the messiah could be a priest or prophet rather than a Davidic king. David’s son was conceived as an agent of God’s salvation and his reign would usher in a permanent age of righteousness and peace. This prophecy was fulfilled in Jesus, the Son of David.[1]

Collect for the Fourth Sunday in Advent: Stir up Your power, O Lord, and come and help us by Your might, that the sins which weigh us down may be quickly lifted by Your grace and mercy; for You live and reign with the Father and the Holy Spirit, one God, now and forever. Amen.[2]