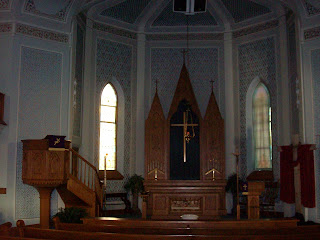 For the kingdom of God is not a matter of talk but of power. 1Corinthians 4:20

The phrase, “kingdom of God” is a phrase rarely used in Paul’s letters. Christians may speak about the kingdom of God in a variety of ways. First, God rules the universe and everything in it, including the affairs of humanity (Psalm 66:7; Daniel 5:21). Second, we also use the phrase “kingdom of God” to refer to the time after the resurrection of the dead when God rules with without opposition (“kingdom come,” as same say; Revelation 12:10)

We give thanks to God for His powerful rule over all the world, and we pray for the advent of His glorious victory on the Last Day. But when the Bible refers to the “kingdom of God,” it usually has a different definition in mind. As Jeffrey Gibbs explains for the Gospel according to Matthew, the kingdom of God is God’s righteous reign.

To speak of a “reign” is to imply that a king is present to act as such, “to reign” then the God of heaven has come down to reign, to perform his kingly deeds. Thus, the reign of God is not primarily a place. Rather, it is a divine action that occurs where Jesus is, through his words and deeds. Nor is the reign of heaven a group of people. Rather, because the God of heaven has begun to manifest his kingly deeds, a group of people is constituted as those who believe in God’s reign in Jesus. (Concordia Commentary, Matthew, 48-49)[1]

How does God’s kingdom come? God’s kingdom comes when our heavenly Father give us His Holy Spirit, so that by His grace we believe His holy Word and lead godly lives here in time and there in eternity.[2]
O Lord, strong and mighty, Lord of Hosts and King of glory: Cleanse our hearts from sin, keep our hand pure, and turn our minds from what is passing away; so that at the last we may stand in your holy place and receive your blessing; through Jesus Christ our Lord, who lives and reigns with you and the Holy Spirit, one God, forever and ever. Amen[3]