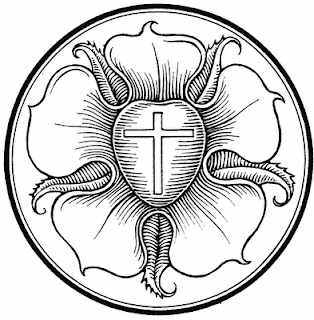 “O God, by the humiliation of your Son you lifted up this fallen world, rescuing us from the hopelessness of death. Grant your faithful people a share in the joys that are eternal.”

It is a strange tale. Two persons look directly at Jesus. They have a significant conversation with Him. But, they do not recognize Him. The death and resurrection did not change Jesus’ physical appearance except for the wound print. The physical appearance did not help these men to recognize the resurrected Jesus. We do not know how or why they could not recognize Him. Scripture does not tell us. The only thing we know is the simple truth that they were kept from recognizing Him.(v.16) This should not trouble us. This is a comfort to us, because we today must look elsewhere than the physical body to know Jesus has risen from the dead. Getting to know the risen Lord.

1. What keeps us from seeing Him? A. Downcast — Vs. 17. He asked them, “What are you discussing together as you walk along?” They stood still, their faces downcast. In this passage we see that the fact of the empty tomb failed to convince the disciples of the resurrection, “In addition, some of our women amazed us. They went to the tomb early this morning but didn’t find his body. They came and told us that they had seen a vision of angels, who said he was alive. Then some of our companions went to the tomb and found it just as the women had said, but him they did not see.” (vv. 22-24). The women reported the empty tomb to the disciples. Some checked out the story and found it to be the case. Yet, they did not believe Jesus rose from the dead. Today we cannot base the reality of the resurrection solely on the fact of the empty tomb. At best, it is only a matter of circumstantial evidence, a negative witness.
These two witnesses had the evidence of the resurrection but little faith to accept the evidence. Like Thomas, they heard the news, “He is risen!” but they were not sure. Their hearts were filled with fear and doubt.
Their spirits were low and their hopes were shattered. They had followed Jesus only to see Him arrested, tried, convicted, sentenced and killed. They had hoped for a brighter future – now those expectations would have to all change.
B. Despair — Vs. 21. “but we had hoped that he was the one who was going to redeem Israel. And what is more, it is the third day since all this took place.” If an empty tomb was the only evidence of the Savior’s resurrection we too would be forced to live our lives in despair. What caused the tomb to be empty? Had someone stolen Him away? Had the women stumbled upon the wrong tomb? An empty is not enough. What was necessary was the appearance of Jesus visibly risen from the dead. Sometimes, we become so overwhelmed by tragedy that it is difficult to believe God’s promises. We too are in need of Jesus’ comforting word as He speaks in Mark 4:10 “Why are you so afraid?”

Transition: What happens when Jesus becomes a personal reality? Does anything in your life change? Anything better or different? In the case of the two men on the way to Emmaus, their lives before they met the risen Lord were filled with sadness and despair. After their visit and conversation with Jesus, they were different men. If church members are living in a state of sadness and despair, they need to confront the resurrected Christ.

2. What enables us to know Jesus is alive?

A. Word — the Scriptures —Vs. 32. They asked each other, “Were not our hearts burning within us while he talked with us on the road and opened the Scriptures to us?” If the disciples had known their Bibles, they would not have been surprised at the death and resurrection of Jesus. Jesus used the scriptures to show that all that happened to him was foretold.
According to this text, Jesus saw himself in the scriptures and confirmed that all of the prophets had told about his death and resurrection. If Jesus is the Son of God and if the cross and empty tomb are the sole work of God, it is to be expected that God’s Word would say something about it. What is it that God’s Word says to us?
1. God our Father is the author of the death and resurrection.
2. God our Father through the prophets promised to send a Messiah.
3. Jesus our Savior through the cross and resurrection accomplished the salvation of the world.

B. Sacraments — Lord’s supper — Vv. 30, 31. When he was at the table with them, he took bread, gave thanks, broke it and began to give it to them. Then their eyes were opened and they recognized him, and he disappeared from their sight. What is it that you see on the altar? Is it merely bread and wine? Or is it something more? In, with and under these elements of bread and wine is the true body and blood of our Savior Jesus given and shed for you for the forgiveness of your sins. Here are the tokens of the Savior’s love and esteem for you. He offered His body as a sacrifice for your sin. He poured out His blood to win for you salvation and life eternal. Here are the marks of the Savior’s love and care for you. Every time you approach the Lord’s altar you receive the promises of the Savior visibly. These are not mere symbols. They are the means by which we receive salvation and life.
The truth of the resurrection is beyond doubt only when the risen Lord is experienced as the two men on the way to Emmaus experienced Jesus in Word and Sacrament.

Schnorr von Carolsfeld woodcuts © WELS used by permission for personal and congregational use. Artwork by Ed Rojas © Higher Things
Posted by Pastor D at 12:06 AM