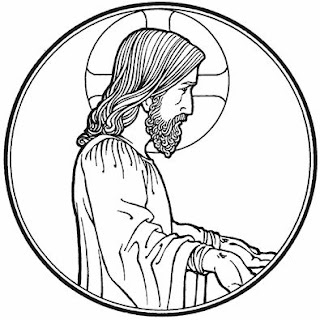 God our Father, creator of all, today is the day of Easter joy. This is the morning on which the Lord appeared to men who had begun to lose hope and opened their eyes to what the scriptures foretold that first he must die and then he would rise and ascend into his Father’s glorious presence. May the risen Lord breathe on our minds and open our eyes that we may know him in the breaking of bread, and follow him in his risen life. Grant this through Christ our Lord.[2]

1. First, there is circumstantial evidence – an empty tomb. Listen as Mark gives us his account of that first Easter, “the angel said: “here is the place where they laid Him.” V.6 On the way to the tomb, the three women were asking themselves “Who will roll away the stone from the entrance of the tomb?” The question indicates that they did not expect a resurrection even though they must have heard Jesus say several times, “and on the third day I will rise again.”

If the resurrection were a fabrication and a hoax the question would not be asked. Well, who did roll away the stone? Mark does not tell us. We learn from St. Paul in his letter to Rome that the Father Himself raised up Jesus. “It will be counted to us who believe in him who raised from the dead Jesus our Lord.” -Romans 4:24; “If the Spirit of him who raised Jesus from the dead dwells in you, he who raised Christ Jesus4 from the dead will also give life to your mortal bodies through his Spirit who dwells in you.” -Romans 8:11

The LORD Himself moved the stone! Man could not do it – not the stone of death. All the kings’ horses and all the kings’ men would not be able to conquer death. This was the Father’s act of grace and victory!

The angel identifies the risen one as the man Jesus from Nazareth who was crucified. This gives reality to the Easter story. The risen Christ is not a spirit. The resurrected person was Jesus from the town of Nazareth. He was killed on a cross. He was truly dead and buried.

There is no room here for a “spiritual” or a “symbolic” resurrection! We must not spiritualize the account. It was not a resurrection of the spirit or the soul of Jesus. The physical body, the whole person of Jesus - rose from the dead on that first Easter.

2. There is the witness of God’s messenger, an angel, as well as the testimony of those who met Jesus recorded in the Words of Scripture. Mark continues, “And entering the tomb they saw a young man sitting at the right wearing a white robe and they were amazed. And he said, ‘why seek the living among the dead. He is not here, He is risen from the dead,’”

There is no such thing as a dead Christ. Why seek the living among the dead? Jesus will not be found in the tombs of the dead. He is alive! Why seek Him there?

3. Then there is the experience of the living Christ – He will be seen in Galilee. “There you will see Him just as He said.” V.7 The angel instructs the women to tell the disciples, and Peter, to meet Jesus in Galilee as Jesus had told them.

In this account of the resurrection the risen Christ does not appear. He will meet His disciples in Galilee. Thus we are reminded by the message of the angel to heed the word of the Savior. Time and again He predicted His bodily resurrection. The women found the tomb empty. Where would they find Him?

They find Him at the very place where Jesus had directed them – in Galilee. Likewise, in your life, you find the risen Savior at those places where He has directed you – in the waters of Baptism, in the elements of Bread and Wine, in His very words and promises of Holy Scripture.

The women hurried off to Galilee and there they found Him as the angel predicted. Will you too find Him where He has directed you? Search the Scriptures; the eye-witness account of those who met the risen Lord Jesus. There you will find Him alive. He cannot deny Himself. He is risen just as He said!

Christ is risen! He is risen indeed! Hallelujah!

[2] Opening Prayer for Easter, For All the Saints, A Prayer Book For and By the Church, The American Lutheran Publicity Bureau, © Delhi, NY