06 May – Parish Devotional - Wednesday prior to Easter 5 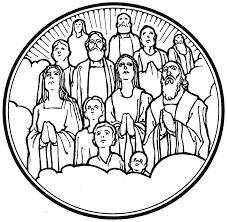 1 Peter 2:2-10 – God’s people are a chosen, holy people. As living stones. In a spiritual house. Christians are God’s people. Peter’s letter is considered a sermon to newly-baptized people. As newborn children, they now need spiritual milk until they grow into maturity. The new Christians are likened to living stones in a spiritual house with Jesus as the cornerstone holding them together. Again, they are likened to a spiritual priesthood, which offer spiritual sacrifices. These Christians are the new Israel; God’s chosen people, a holy nation, and a royal priesthood. Because they received God’s mercy in Christ, they have changed from a “nobody” to a “somebody.”

Peter is alluding to a verse from Isaiah 28:16, which Jesus interpreted to refer to himself (See Matthew 21:42).

This verse refers to Jesus as a living stone—an allusion to his resurrection—Christ is alive. The original readers of this letter—mostly Gentiles—had earlier worshiped idols made of inanimate stone—dead—lifeless—having no power to help them. They would surely understand the contrast between those dead idols and their living Christ.

Consider this irony. Peter, whom Jesus gave the Greek name ‘Petros,’ which means rock (Matthew 16:18), now speaks of Christ as a “living stone”—and, in the next verse, will speak of his readers as living stones. However, Peter uses a different word for rock here—the same word that Jesus used when talking about the stone that the builders rejected (Matthew 21:42; see also Acts 4:11).

“Rejected indeed by men, but chosen by God, precious. “(v. 4b). Jesus was rejected, whose rejection led directly to Jesus’ cross. However, God the Father had chosen Jesus so “that whoever believes in him should not perish, but have eternal life” (John 3:16). Jesus was the Father’s “beloved Son” (Matthew 3:17; 17:5)—precious in the Father’s sight.  The Father now looks at you through the lens of Calvary’s cross.

So what does this all mean? It means you have value importance and worth.  The temptation is to find your importance from within yourself – hence the term “self-worth,” coupled with, “my happiness,” “my truth,” ‘my journey.”  But the consequence can be worse if we see only failure and disappointment.

The Father determines and sees you as precious – more precious than gold. This is why the Savior redeemed you. That you might be His own and live under Him in His kingdom to serve Him in everlasting, innocence and blessedness.

The Father’s final attempt to create a new people is the church. With Noah, God made a new people. He tried again with Abraham. In Christ the Father makes a new people.  Notice the marks of this “new people,” created out of nothing; chosen, different –‘holy,’ commissioned as priests, to ‘declare the wonderful deeds of God.' Your value is in the Father’s estimate of you.

Today, many suffer from self-depreciation. They have no respect for themselves. They feel of no account, – worthless. They consider themselves to be “nobodies.” Peter assures us that the Father made somebody out of a nobody. He grants mercy to you. He calls you through His gospel to be received by Him. He chooses you to serve – at this time and place.

Your sufficiency is in Christ. This makes you unique – a child of God – a somebody in this world.