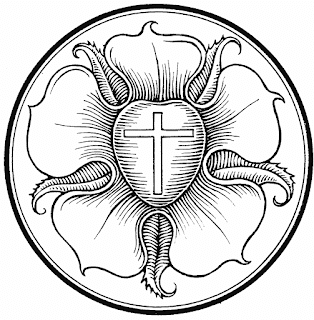 Three parables of the nature of the kingdom of God are told by the Savior in the Gospel for this coming week. Three parables are directed to the disciples concerning the kingdom. The first two deal with the kingdom as being of top value worthy of any sacrifice to gain it. The third parable concerns are similar to wheat and the weeds parable, the separation of the good and the wicked on Judgment Day. Jesus asks the disciples if they understand these parables. They claimed that they understood. Consequently, they were to be scribes trained for the kingdom who bring out of the treasure the old and the new.

The old truths are to be applied to the new conditions in the world. These are addressed in our Epistle and Old Testament lessons for the coming week.

Collect for Proper 12 –Almighty and everlasting God, give us an increase of faith, hope, and love that, receiving what You have promised, we may love what You have commanded; through Jesus Christ, Your Son, our Lord, who lives and reigns with You and the Holy Spirit, one God, now and forever.

Monday, July 24, 2017 – Psalm 105:2-6 –This is the Psalm portion from which the Introit for next Sunday is taken. The antiphon is taken from verse 1, “Oh give thanks to the Lord; call upon his name; make known His deeds among the peoples!” The psalmist exhorts us to worship the Lord. Thus, we are called upon to give thanks to God through our worship and praise. When we call upon God and as we give thanks, our worship shall be blessed. Praise and prayer are the two expressions of our worship. As we recall the many acts of kindness the Lord has given to us, we will trust in Him and share with others what He has done. We will make known among the people His many deeds.

Tuesday, July 25, 2017– Deuteronomy 7:6-9 - The Lord is the faithful God, keeping His covenant of love. We are loved and blessed because the Lord first loved us. Yet this love must be reciprocated by His people to others. Thus in the New Testament we are reminded, “We love because He first loved us” {1 John 4:19}.

Wednesday, July 26, 2017 – Romans 8: 28-39 -The Father spared not His own Son but gave Him up for us all. These words are read at many Christian funerals. They have comforted many troubled hearts. They have soothed and given encouragement to many who are troubled. St. Paul’s words are sure. No charge can be brought against the Christian because the Father has already pronounced a verdict! Not guilty! How so? No one can condemn God’s elect. Christ has died for you. He is alive at the right hand of God. He is interceding for you.

It is a treasure of infinite worth because it is the kingdom of God. This includes Jesus, the priceless treasure, the riches of grace, and the wealth of God’s love. This treasure is discovered by accident. It is always found where no one expected it.

The kingdom of God can be a surprise. It may come in unexpected ways and places. Must we ask whether the average Christian considers Christianity the top treasure? Both the farmer and the merchant sold all their goods to get the treasure.

This implies that the two men considered all their possessions to be inferior to the treasure or the pearl. It was a matter of establishing priorities. Because the treasure and pearl were evaluated as the best, the price of total sell-out, or exchanging all other possessions, was considered worth the price.

When a person finds a treasure, how can he help but be overjoyed? If a merchant has been looking for the perfect pearl for years and then finds it, is there any wonder that he would be as happy as can be? Many church members lack the joy of being Christians. They are not happy about their religion. Could this be the reason? They have not found the treasure or the pearl of Christ.

Friday, July 28, 2017 –Psalm 125 -This Psalm is suggested for next Sunday. This psalm speaks of Israel’s peace in testimony, prayer, and benediction. Bible scholars believe it was written after the exile when those held in Babylonian captivity were allowed to return to the Jewish homeland. This psalm was most likely prayed as part of the liturgy in the Jewish worship service. Thus, the Psalms we pray in worship reach back into the Old Testament. Through the centuries, our prayers have remained constant.

Saturday, July 29, 2017 – Joshua 24:16 –This passage is the inspiration for the hymn, “From God can nothing move me” {LSB 524}. The people react to Joshua’s commitment to serve the Lord. The people respond, “We will not serve other gods.” If we say of the Lord, “He is our God,” we cannot serve any other.