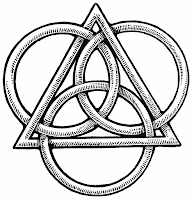 Getting right with God. How does that all happen? God the Father longs for His rebellious people to return. God the Son reaches out to sinners to call them to repent. Suppose sinners respond?  How can they get right with God? They are accepted on the basis of faith in God’s promises. Not the basis of their morality. Their good intentions. Or their status.

The promise. Like the one made to Abraham. May seem humanly impossible. But faith believes that God can do anything. The impossible promise. Is that God will forgive, accept the sinner no matter how bad a delinquent he is. Can God transform a life from evil to good? Faith that God credits to man as righteousness is what fixes him. And on that basis. He is restored to God. This faith. Is focused on Christ. Whose death and resurrection makes access to God possible.


What really pleases God? What can we do to move God to accept us as sinners? The one thing we can do. To get right with God. Is to believe. Faith is the one good work for which God gives credit. It is faith in God’s promises. Even though they seem impossible of fulfillment. As was the case of Abraham and Sarah. They were promised a child. Though they were way past the age of child bearing. Though it seemed impossible. They believed the promise.

What counts with God?

In hope (Abraham) believed against hope, that he should become the father of many nations, as he had been told, “So shall your offspring be.”  He did not weaken in faith when he considered his own body, which was as good as dead (since he was about a hundred years old), or when he considered the barrenness[a] of Sarah's womb.

No unbelief made him waver concerning the promise of God, but he grew strong in his faith as he gave glory to God, fully convinced that God was able to do what he had promised.  That is why his faith was “counted to him as righteousness.”  But the words “it was counted to him” were not written for his sake alone.

Abraham trusted that God was able to do what He promised. Trials and challenges may tempt us to doubt God’s promises. As He did with Abraham. God will strengthen your faith. Assure you of His promises. Help you to trust. And fulfill all He said He would do.

Problems surface. When we attempt to insert our will as we are so often tempted to do…

God promised that Abraham’s descendants would be a numerous as the stars in the sky. Abraham did not doubt the promise. He got himself into trouble when he attempted to force God’s hand.  Remember. Faith may vary in strength. But even weak faith justifies because of Christ’s works. We have Abraham as such an example of how this all works.

Abraham was one hundred years old. Considered too old to father a child. Sara was baron and 90 years old. Past childbearing age. “Then Abraham fell on his face and laughed and said to himself, ‘Shall a child be born to a man who is a hundred years old? Shall Sarah, who is ninety years old, bear a child?’” (Genesis 17:17)

These things can only be truly said of Abraham as a forgiven sinner. His actions demonstrate that he had some serious doubts. How many times have all of us been given the situation in which faith tells us one thing but our circumstances say, “this is impossible” or “this will not end well”? When such matters happen. We are often tempted to act swiftly. Abraham and Sarah did this precisely. They took matters into their own hands.

Sarah said to Abraham, “Behold now, the Lord has prevented me from bearing children. Go in to my servant Hagar; it may be that I shall obtain children by her.” Sarah was pragmatic. So you want a child? Have one through Hagar. Solution solved!

Abraham listened to the voice of Sarah. Hagar conceived a child. Yet soon emotions began spiral out of control as everything began to unravel fast.

Hagar looked with contempt on her mistress…And Sarah harbored hatred for her husband. Abraham threw everything back in his wife’s face saying, “your servant is in your power; do to her as you please.” So Sarah dealt harshly with Hagar, so much so, that Hagar had to flee from her presence…. (Genesis 16)

Abraham and Sarah reasoned Ishmael would suffice. Yet the promise was given through Isaac. Abraham and Sarah had to learn to trust  God’s promises. Despite insurmountable and impossible odds.

What seems overwhelming. Without a solution. Or any possible resolve.  What is hopeless for you. Is always hopeful for your heavenly Father. He turns the impossible into the possible. When you are desperate. Despondent. And in despair. Take heart. Christ comes to your rescue.

Remember Paul’s instruction. When sins are forgiven. Only the fruit of faith remains. True. Faith may be weak. Because our conscience is troubled by certain sins that hide God's gracious countenance from us. At times like this we must trust all the more in God's grace and, despite the feelings in our heart, believe that our sins have been forgiven. In this way we can receive strength to fight against sin by means of God's Word and prayer.

Remember. First the tree must be planted. Only then. Can we expect fruit. First we must believe our sins are forgiven.  Only then. As a fruit of faith. Will your life begin to improve.

If someone has fallen into some sin. Say, for example, the sin of embezzlement, fraud or theft. He is obligated to restore what he has taken. There may, however, be matters that we should not talk about to our neighbor. But only to God alone. Either directly. Or if need be. Through your pastor. (Thus the practice of private confession)

Such matters call for careful consideration and understanding. Although your faith may be weak. Rejoice that Jesus has atoned for your sins. And that they have been forgiven. And the most wonderful thing is this: The weakest faith in Christ is counted to us for righteousness. By God Himself. It is so powerful. That it saves eternally!

Abraham drew strength and confidence from this faith. And how then can you be strengthened in your faith? God has given you means for this purpose - His own Word.  Either preached. Read from the Bible. Written. Sung.  Or remembered.

He has given you the Sacraments. In Holy Baptism He has adopted you. And made you as His child. And established a strong Covenant with you.  Keep returning to this Covenant in faith.

He has given you Holy Communion. This is especially for the purpose of strengthening weak faith. In this Sacrament. God gives the true body and blood of His Son for the forgiveness of your sins. The early Christians continued steadfastly in the Apostles' teaching and in the proper use of the Sacraments. In this way their faith was strengthened as their works of love testify to this.

Transition: Faith clings to God’s promises. And those promises are tied directly to a person – Jesus.

But the words “it was counted to him” were not written for his sake alone, but for ours also. It will be counted to us who believe in him who raised from the dead Jesus our Lord, who was delivered up for our trespasses and raised for our justification.

The crucifixion and resurrection of Jesus are, essentially, one act. Jesus was crucified to pay the penalty for your sin. His resurrection demonstrates His power. Assures you that God approves of His Word. And is a promise of your resurrection.

God is reckless with His generosity toward His rebellious creation. We see how God’s kindness toward us is completely beyond our natural understanding. We tend to be nice to people who are nice to us. It is only natural to be terse or even avoid those unpleasant people in our lives. God, in His mercy and kindness toward us, does not avoid us. Or act unkindly toward us.

Could you imagine? Someone breaks into your house. Trashes the place. Kills all of your pets.  Even your family. And while that person is hating your guts. You stand before the judge. And take that person’s prison and death penalty in their place?

It is beyond our reason and comprehension. But that is what God, in Christ Jesus, has done for you. He took your punishment.  When Jesus died on the cross. While you still hated Him. With your selfishness. Jesus took your penalty. While you were disrespecting and disregarding Him.  Disparaging Him with your dirt and sin. He forgave you. And suffered your punishment.

And this forgiveness. This life. Is always received in faith! "Faith is to believe what we do not see, and the reward of this faith is to see what we believe." – Augustine Abraham believed. And it was credited to him as righteousness.

Faith always has an object to which it looks…

We see faith in action. When you sit in a chair—You trust that the chair will hold you.

We see faith in action. When you flip the light switch—You trust that the electricity will work.

We see faith in action. As a mother lives out her vocation as a mommy. Feeding and clothing her children. She trusts that God will provide for her family. Supplying their daily bread.

We see faith in action. As the bus driver goes to work. Knowing that God will provide. And sustain his needs for that day.

We see faith at work. As we gather in God’s House. Sunday after Sunday.  Confessing that we rightly deserve hell and damnation. Yet we approach the altar of the Lord with confidence. In the atoning sacrifice of Christ, for us.

The Christian faith is about Christ. And His sacrifice. It is His work. Trust in Him. Who became the victim. Judge. And priest. He carries your sins. He makes satisfaction. He pronounces you free.

Labels: Trinity Romans and the Reformation