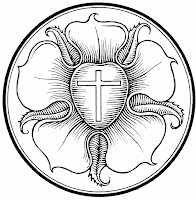 Luther possibly said it best when he stated, “A Christian lives in Christ through faith, in his neighbor through love. By faith he is caught up beyond himself into God. By love he descends beneath himself into his neighbor.” As we continue in our walk through the book of Romans we are presented with a question: “Why be good?”

Why be good? We are found to be in a right standing with God through Jesus’ work and Jesus’ merit. Paul reminds us that your obedience does not save –“a man is justified by faith apart from words of the law.” Your obedience to God’s law has no part in getting right with God.

Now, if that is all true. Then why exert yourself?    Where does obedience stand? We need to place obedience in its proper perspective.

Why be good by obeying God’s Laws?

1.     Not to earn God’s acceptance. “But now the righteousness of God has been manifested apart from the law, (although the Law and the Prophets bear witness to it.)” “For we hold that one is justified by faith apart from works of the law.”— Vv. 21, 28

The entire Old Testament bears witness to Christ. On the road to Emmaus as Jesus talked to those two witnesses, Luke reminds us, “And beginning with Moses and all the Prophets, he interpreted to them in all the Scriptures the things concerning himself.” (Luke 24:27)

B.     You are justified apart from works of the law.
This is glorious good news for anyone who has faced the reality of their sinful nature. Try as we might to live a “good life” or “keep the Ten Commandments,” we know that we fail time and again. If there is a way to get right with God, it has to be “apart from the law”. And thank God, that is exactly what the Father has revealed in the gospel. As the Reformation would unfold Luther and Philip Melanchthon would write, “Upon this article of justification everything that we teach and practice depends. We must be certain and not doubt this doctrine. Otherwise all is lost!”[1]

2.     We follow God’s directive to express gratitude for grace received. “…and are justified by his grace as a gift, through the redemption that is in Christ Jesus, 25 whom God put forward as a propitiation by his blood, to be received by faith. This was to show God's righteousness, because in his divine forbearance he had passed over former sins.”  - Vv. 24, 25

A.    We are justified by His grace as a gift.
Grace cannot be earned. It must be given by God.  The word Paul uses for “Redemption” (Gk “apolytrosis”) is the concept of the buying back of a slave or a captive, setting a person free. Christ gave His life to see all people free when He died on the cross. “We receive the mercy promised in Him by and set it against God’s wrath and judgment.”[2]

B.     Through the redemption that is in Christ Jesus. [i]
Paul uses the term “Propitiation.”  Where the high priest sprinkled the blood of the sacrifice on the Ark of the Covenant’s cover this all pointed to Christ. (See Exodus 25:17) Christ’s righteousness covers the sinner. He is the sacrifice for sin. Faith does not earn anything…it receives God’s gift.

C.     Because the Father has passed over former sins.
Christ’s work shows that God both justly punishes sin and graciously forgives sinners.  God does not ignore sin. He delayed the punishment until Christ paid it. But this is not child abuse. Christ willingly made full satisfaction for sin. Christ is true God “reconciling the world to Himself.” (2 Cor. 5:19) The Father sent the Son sincerely, anticipating the sacrifice, victory and reunion. (The binding of Isaac.)

Remember Luther’s perspective; “A Christian lives in Christ through faith, in his neighbor through love. By faith he is caught up beyond himself into God. By love he descends beneath himself into his neighbor.”

Through the waters of baptism, each of us is called by the Lord, to become agents of the Gospel – the presence of Jesus Christ – wherever it is God calls you to serve. This is your calling in life to love God as you serve your neighbor. In faith. In hope of all things possible. In love expressed by Jesus' sacrifice.

[i]               Jesus is not simply a teacher or a great moralist or a great example; rather, he is, as we confess in the Nicene Creed, light of light, very God of very God, of one substance with the Father, and the only begotten Son of God. Remember that the Council of Nicaea rejected the teaching of Arius, who did not think that Jesus was wholly divine. Yet without being fully human and fully divine, you and I remain earthbound, to dust and to decay.

“Some prefer a savior who only teaches and provides an example of a good life, or advances a political agenda. And to those people we must say that human teachers, no matter how moral they may be, or how grand a political agenda they propose, they cannot raise anyone-anyone-to eternal life, because such a teacher cannot conquer death. Others continue to create a Jesus in their own image, a teacher of secret truths to a select few, someone who has a grandiose social agenda of a you-pick-the-ideology. Still others prefer a wise rabbi or philosopher.

And yet, martyr after martyr, to say nothing of the disciples themselves, did not go to death out of loyalty to a wise rabbi or a great moralist. The only reason they could look death in the eye and not blink is because of the truth many had been witness too. They had witnessed the crucifixion, they had witnessed the resurrection, they were in the upper room, they had the Spirit breathed upon them on that first Pentecost, they were with him for forty days, and they saw him ascend. They took these truths and handed them down to others, who in turn passed them along to others still. These were life changing events that gave them the strength to sacrifice themselves for the Lord. This is the on-going work of the Church today: to continuously hand down those truths that we have received from those saints who came before us.” – Pr. Ken Kelly Ascension 2017 sermon
Posted by Pastor D at 12:00 AM

Labels: Pentecost, Romans and the Reformation