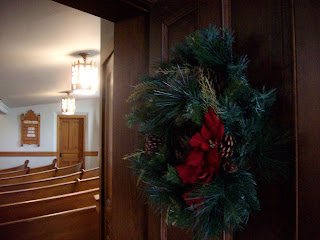 “And the child grew and became strong; he was filled with wisdom, and the grace of God was upon him.” This is the only account of Jesus in adolescence.

Now his parents each year went to Jerusalem for the feast of Passover. Jesus and the family go on their trip to Jerusalem to celebrate the feast.  His parents were faithful Jews.  When he was twelve years old, they went up, according to the custom of the feast.    They would go to Jerusalem three times each year. For Passover, Pentecost, Booths. [3] They did what they did. Attendance was not an option. This was their regular practice. To be observant was a priority within the family structure. It was what was expected.

Having not found him they returned to Jerusalem seeking him.  It happened, after three days, they found him…in the posture of the rabbis (sitting) hearing them and questioning.  Jesus is both questioning and answering...They were amazed of his intelligence.  Jesus is sitting in the temple hanging with the teachers and asking them questions. And the teachers are amazed. Here is this child. Certainly not old enough to have any schooling. Who hasn’t studied under any Rabbi. He is asking some astonishing questions. He seems to be more than just an inquisitive child. Where does this simple child get this?

“Child, why have you done this?  Right here and now your father and I have been distressed seeking you...”  Mary’s worry?   Jesus was still a child. It was her responsibility. To care for him. Imagine!  Three days of lostness.  And here we find it. The temple. In the temple.  Jesus does not need to be found. He's not in your pocket.  Where is he to be found? He is found in those places he has promise.  In the temple. In His promised Word. And where that Word is attached visibly.

Note the play on words. Mary says, your father, meaning Joseph. Jesus shifts the word from horizontal to vertical- my Father, meaning God, our heavenly Father. She defines her son by family and blood.  He now defined Himself. He is the one so uniquely related to God that the temple is my father's house. The gift of faith his family gave him is now taking on a life of its own as Jesus' reaches out beyond his family to grasp his unique vocation as the one who speaks and acts for God without any awareness of guilt or shame.

But they did not understand the word preached by him. Did they forget it?  No, but they become distracted. In the same way we might ask, “Where is God in all of this?”  “Why am I suffering?” “Why this cross?” If, at the center of our faith, is a dead man on a cross.  We need to see Jesus in the whole of the Scriptures, at the center.  What is obvious is only seen through the eyes of faith.

Years later.  There will be another trip to Passover. Not with his old family. But with his new one. He will travel. With Peter, and James and John and Mary Magdalene and the rest. Again he will teach in the temple.  But this time the reception will not be so kind. Again, he will be lost for three days. Women who seek him will be asked a question by an angel, "Why do you seek the living among the dead?"  Again, astonishment and lack of understanding will be the response when he is taken to his father's house through the resurrection. Even this childhood story hints at the great mysteries ahead.

And, even though they saw the angels and had multiple messages from God, they didn’t see it - yet. The family lived with Jesus. And, though they had eyes to look on him. They never saw him. The teachers in the temple. Watched this little boy question. But were shocked at what they saw. Indeed, throughout Jesus’ life people will look at him and have a strong reaction, “That isn’t God!” How can a child, that gets left behind by his own family be that important?  Even today, people have questions when they see Jesus.

Jesus returns to Nazareth and is obedient to the duties of a Jewish son, "And he went down with them and came to Nazareth, and was obedient to them; and his mother kept all these things in her heart." There now will follow eighteen more years without a word. Silence. Normalcy. The grind of the ordinary. And the joy of the everyday. That was Jesus' training ground. When God came in Jesus, he came into a family. And a village. And a job. And to sweat. And to friends. And to prayers. And to toil. And to laughter.

Jesus increased.  He progressed in wisdom, stature/age and the grace and favor of God and men was upon him. He grew up like any ordinary person. He became your substitute. To live your life. Perfectly. Under the law. To win for you the Father’s favor.  Ponder these things, in your heart, this day.