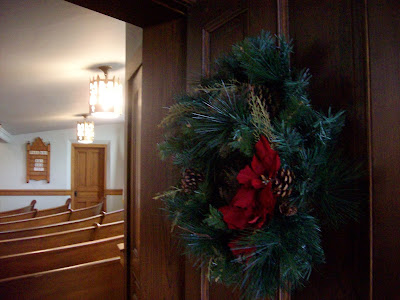 Introduction: In the afterglow of Christmas day, we confront the trauma of suffering, death-threats, and persecution of the helpless and innocent. Each of the Lessons for today remind us of just what kind of world to which Jesus came — a hostile world that did not only want him, but tried to kill him. In the Gospel, the holy family was forced to flee to Egypt to avoid death by King Herod.

The holy family flees to Egypt and returns to Nazareth. Matthew sees Jesus as the second Moses. He went to Egypt and by the direction of God was brought back to Galilee. Matthew emphasizes the fact that what happened to Jesus was a fulfillment of prophecy.

In today’s Gospel lesson Joseph proved to be a friend of the little child Jesus. What would have happened to the baby if Joseph had not been a willing worker for God? Here we see a great and profound truth: God’s concern compassion and aid come through cooperative believers. In today’s world of cruelty to and exploitation of children, God is still concerned about the threatened and the oppressed little ones. He works through His obedient servants to be friends to afflicted children.

1.      One who is open to God’s guidance – Vv. 13, 19-20 – “When they had gone, an angel of the Lord appeared to Joseph in a dream, ‘Get up,’ he said, ‘take the child and his mother and escape to Egypt. Stay there until I tell you, for Herod is going to search for the child to kill him.”   “After Herod had died, an angel of the Lord appear in a dream to Joseph in Egypt and said, ‘Get up, take the child and his mother and go to the land of Israel for those who were trying to take the child’s life are dead.”

Is not fleeing a bad situation and an act of cowardice? Why not take a stand, confront the enemy and fight it out? If Jesus is the Messiah, none other than the Son of God, why should he flee from a worldly king? Does God not have legions of angels to protect his newborn Son? There is a time to flee and a time not to flee. When Jesus was grown, friends urged him to flee from Herod who sought his life. But, Jesus refused to run and said, “Tell that fox....” In this case to flee was the right thing to do. There was no way at that time to oppose Herod. But, there will come a day, a day of return to battle the enemy. In World War II, MacArthur had to flee from the Philippines only to return later to conquer.

The king was determined to kill the baby Jesus. It tells us the kind of world a baby enters. It is a hostile world into which we are born, a world out to get us. Today a child faces “death” in terms of child pornography, child abuse by parents and adults, and incest. It is a rough and tough world with tyrants, murderers, and molesters.

The holy family stayed in Egypt until Herod “died.” Rulers come and go, but God remains. When ruthless dictators straddle the earth, the day is coming when they are no more. Where are those who frightened and cursed the earth in the twentieth century — Hitler, Stalin, Mussolini, and Tojo? “This too shall pass” — things will get better if we have the patience to wait.

Transition: A true friend of children is one who…

2.      One who is aware of the world’s threats – V. 22 - “But when he heard that Archelaus was reigning in Judea in place of his father Herod, he was afraid to go there. Having been warned in a dream, he withdrew to the district of Galilee…”

Archelaus was the son of Herod the Great. He ruled over Judea and Samaria for only ten years. He usually cruel and tyrannical and so was deposed.  Judea then became a Roman province, administered by prefects appointed by the emperor.

Jesus was born in a hostile world. Not only was there no room in the inn for his birth, but before he was two years old, he had to be carried to Egypt to escape death at the order of King Herod. Again, because Herod’s successor, Archelaus, was equally as dreadful, the family had to settle in Nazareth.

Transition: A true friend of children is one who…

The prophet Hosea {11:1} reminds us, “Out of Egypt I have called my son.”` Originally God called the nation of Israel out Egypt in the time of Moses.  But Matthew, under the inspiration of the Holy Spirit apples it also to Jesus. Matthew sees the history of Israel (God’s son) condensed in the life of Jesus (God’s unique Son)  Just as Israel as an infant nation wend down into Egypt, so the child Jesus went there. And as Israel was led by God out of Egypt, so also was Jesus.

Conclusion: The First Sunday after Christmas seems to tell us that, like Jesus, we are born in a hostile and threatening world, but that God is with us and will use the suffering for our good. We know that the Lord works through means. Joseph and Mary were the means by which Jesus was protected.  Thank God there are people in our own community, mind you, in this very congregation who like Joseph and March watch and work on behalf of others – true friends and guardians of children.

The Lord suffers in all the afflictions of His people. Because of His love, He feels what we feel, He hurts when we hurt, He suffers when we suffer. When the Lord called Moses, He said that He heard the cries of His enslaved people in Egypt. No one ever suffers alone, no one ever walks alone, no one ever dies alone. “In all their afflictions He was afflicted.”
Posted by Pastor D at 12:00 AM