A part of our Lenten journey will be spent in Bloomington 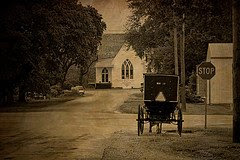 When Lydia was a senior in high school she applied to a number of schools got accepted and arranged a series of auditions to be admitted into each school’s music program in January and March of 2007. She narrowed them down to Roosevelt University located in Chicago’s loop, DePauw University in Crawfordsville, IN and IU. Many of the students from Interlochen were interested in performing arts conservatories like Juilliard and the Curtis Institute of Music. Lydia shied away from these types of schools because they were located further away from Indiana then was Interlochen; they were small, and extremely expensive. Lydia figured the competition would be fierce no matter where she went but the three schools she chose to audition seemed to be a fit for her.

The knock about IU was its size - with more than 1,600 students — approximately half of whom are undergraduates — the Jacobs School of Music at IU is one of the largest in the nation. Admission to IU’s School of Music is regarded as among the most competitive in the country. The acceptance rate was 12 percent for the entering class of 2011, and about nine percent for the class of 2012. And yet IU’s School of Music as a whole is listed among the top voice schools in the country. Lydia was also told to at least audition at the best “in state” school she could find, which, of course, in her case would be IU.

Lydia was told that because of IU’s size she wouldn’t be able to get any roles as most are given to grad students but she figured IU would be a taste of the real world. Besides with all the training and theory she would receive IU would get her prepared once she graduates.

Lydia’s work has paid off. She will be in the chorus in The Love of Three Oranges which will be performing in November and Lydia’s been cast as Nireno in IU Opera Theater's production of Guilio Cesare which will be performed in late February and early March of 2009. Gotta get geared up for 4 hours of Italian singing! Thank goodness for English supertitles!

Lydia will be singing at the Musical Arts Center, known as the MAC. The 90x60 foot stage is often compared to that of the Metropolitan Opera House in New York. And to think that she was raised in the rural community of Decatur, IN.
Posted by Pastor D at 1:50 PM