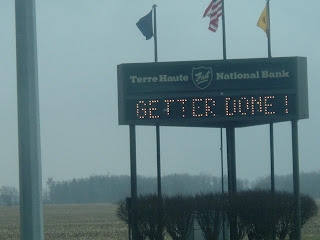 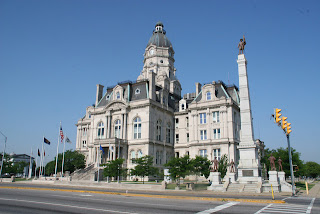 The southwestern Indiana county, according to a National Public Radio report, is one of just six bellwether counties in the nation, based on its voting results in the contest for president since 1960. Missouri, not Maine or Ohio, is the only bellwether state since 1960.

Vigo County, home to Terre Haute and Indiana State University, has picked the winner every year since 1892, with the exception of just 1908 and 1952.

So which way is Vigo leaning this year? NPR correspondent Howard Berkes finds the answer is not so clear. He interviewed a McCain supporter who mentions concerns of a Muslim-terrorist connection in talking about Barack Obama, a Christian, but also a two-time George W. Bush and anti-abortion voter who this time around is supporting Obama because “we don’t need somebody else in there who’s going to follow the same plan.”

So, on election day if you don't want to stay up way late just check out who won the election in Vigo County. Henry has done his civic duty voting absentee last week.
Posted by Pastor D at 12:10 PM

Vigo Co. is in West Central Indiana not South Western as you have shown.