Tuesday prior to Easter 6 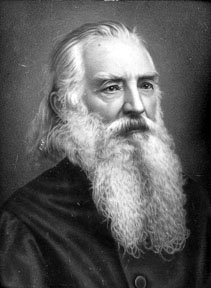 May 4, is the day the church remembers one of our pastors. Friedrich Wyneken is one of the founding fathers of The Lutheran Church--Missouri Synod, along with C.F.W. Walther and Wilhelm Sihler. Born in 1810 in Germany, Wyneken came to Baltimore in 1838 and shortly thereafter accepted a call to be the pastor of congregations in Friedheim and Fort Wayne, Indiana. Supported by Wilhelm Loehe's mission society, Wyneken served as an itinerant missionary in Indiana, Ohio, and Michigan, particularly among Native Americans. Together with Loehe and Sihler, he founded Concordia Theological Seminary in 1846 in Fort Wayne, IN. He later served as the second president of the LCMS during a period of significant growth (1850-64). His leadership strongly influenced the confessional character of the LCMS and its commitment to an authentic Lutheran witness in the United States.

—Psalm 98 key verse, verse 1—“Sing to the Lord a new song.” This psalm is a call to celebrate with joy the righteous reign of the Lord.

Bible scholars have referred to this particular psalm as one which sings the praises of the Savior.  ‘There are striking parallels between the first part of Psalm 98 and Mary’s Magnificat (Luke 1:46-55), which may mean that the mother of Jesus had the psalm in mind as she composed her hymn and that she rightly saw that the promises of the psalm were to be fulfilled in the spiritual victories to be achieved by Jesus Christ.” [1]

Collect for Psalm 98 Lord, we sing to you a new song, for your victory is ever new. In the empty tomb you have given us a glimpse of your future, and in your victory over death you have shown us how we shall overcome the last enemy. As the seas roar and the hills sing together, we too will praise you for your great triumph, Father, Son and Holy Spirit, now and forever.[2]  -04May 2021

Collect for the Mission of the Church: Almighty God, in Your kindness You cause the light of the Gospel to shine among us. By the working of Your Holy Spirit, help us to share the good news of Your salvation that all who hear it may rejoice in the gif tof Your unending love;[3]

[2] Collect for Psalm 98, For All the Saints, A Prayer Book written for and by the Church, Vol.II © 1995 The American Lutheran Publicity Bureau, Delhi, NY