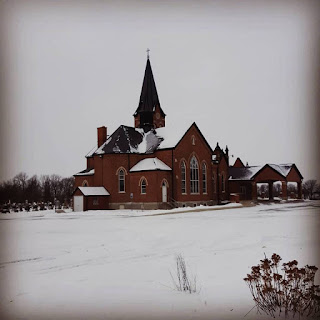 “For with authority and power He commands the unclean spirits, and out they come!” (Luke 4:36)
Jesus Has Authority to Forgive Your Sins and Give You Life
Jesus was sent to “preach the good news of the kingdom of God.” (Luke 4:43). His preaching is an epiphany or a manifestation of God. Because His Word reveals the authority of His Cross and Resurrection. By which He has atoned for the sins of the world.
By the preaching of His Gospel in every place. Jesus silences the unclean spirits and casts out demons. He heals the diseases of body and soul. And restores life and health to His creation. (Luke 4:40–41) For the sake His children, He is “patient and kind” toward us; He “bears all things,” “endures all things,” as He “delivers up His body” to redeem and restore you. He releases you from your burdens giving you redress to God. (1 Corinthians 13:3–4, 7).
Almighty God, You know we live in the midst of so many dangers that in our frailty we cannot stand upright. Grant strength and protection to support us in all dangers and carry us through all temptations; through Jesus Christ our Lord
Jesus goes to Capernaum. The center of His Galilean ministry. The crowds are astounded. At the authority of His teaching. They are amazed. At the power demonstrated in his healing. Who is this Jesus? To what extent is he your authority? Your standard for truth? What do you known of his power?

Jesus enters into His Father’s house. He begins teaching the people the Good News about the kingdom. But unlike the Pharisees and teachers of the law. Who quote the teachings of Moses and the Prophets. Jesus speaks by His own authority. Rather than speaking the teachings of others. Jesus speaks the Word Himself. With this speaking. He fulfills His role as the great High Priest.

The demon was unclean, in contrast to the Lord, who was recognized by the demon as “the Holy One of God” (4:34). This demon was loud and disruptive. He cried out with a loud voice (4:33). His only intention - to interrupt and disrupt the teaching of Jesus.

And He’s still at it. The devil loves it when something interrupts your concentration. He seems to have his way when your are distracted with a project at school, an event planned later on in the day, that deadline which awaits you at the office tomorrow morning. Any time he can cause a disruption or created a distraction, he is reverting back to his only intention, which is for you to lose your focus and cast your gaze elsewhere.

Satan being cast down upon the earth in disobedience, hatred and spite has one of his demons take possession of a man in the synagogue. He recognizes Jesus as the One who has supreme authority and power. He cries cried out with a loud voice, “I know who you are— the Holy One of God.”

When confronted with demonic powers Jesus always remains in control. Jesus would not carry on a conversation with this demon. Jesus rebuked the demon. And commanded it to be silent and to come out of the man.

The evil spirit’s possession of the man is a direct assault upon the Father and His work of creation. Jesus as the great High Priest came to destroy the works of the devil. Jesus had the right, to set free the man held captive. Satan still considers it an infringement of his rights when God frees a sinner from bondage and destroys his influence. He still remains spiteful. Malignant like a cancer - Poisonous like a serpent - spreading his anger. He’s vicious. Striking out at all who come too close.

This demon was no different than his master. Still spiteful, though obliged to obey. The demon submits. Because he had to. Not because he chose to. He exerted his last power. Inflicting all the pain, he could. And then bowed to the Son of God and came out.

Jesus demonstrates his authority over every evil power. He speaks with authority. This cannot be contradicted. — He demands the demons go with power! [καὶ δυνάμει,] Which cannot be resisted.

Jesus came down from heaven in love and obedience to His Father. Jesus came to earth for the very purpose of paying the bills owed to the Father for your iniquity disobedience and sin. Jesus took the bills of your sin and paid the cost with His very own body and blood so that you could be free from the guilt over your iniquity and to relieve you from the burden of your sin.

When you humbly turn to Jesus in faith, believing that His death on the cross accomplished your salvation, you are enabled to confess your sins and ask that your debts be forgiven. He freely gives you pardon and peace. His gifts He offers to all who love Him. Jesus enables you to stand upright before Him as He removes your sin so that you are free to serve Him. In doing this, Jesus makes you Holy.

He made you holy in your Baptism. This is what our students learned in Morning Prayer. What does Baptism with water signify? “It indicates that the Old Adam in us should by daily contrition and repentance be drowned and die with all sins and evil desires, and that a new man should daily arise to live before God in righteousness and purity forever.” Peter would remind us, “Baptism, now saves you, not as a removal of dirt from the body but as an appeal to God for a good conscience, through the resurrection of Jesus Chris.” 1 Peter 3:21

Jesus said, “All authority has been given to Me in heaven and on earth.” (Matthew 28) The Father knows his sheep and they are his. He gives them to the Son. He gives life-giving authority to the Son. And the Son gives life to all that the Father has given him!

You are now free to live the life the Father intended for you to live. Your heavenly Father does not mean for you to live for yourself. You now live giving glory to God, as you serve your neighbor in the time given to you.
Words -1,090
Passive Sentences –5%
Readability -76.3%
Reading Level -5.3