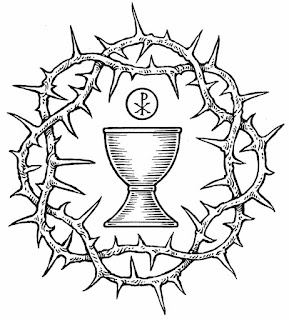 National Security and the Russia investigations garnered most of the headlines in 2918. President Trump was set on a collision course with the national security world while tariffs and trade plagued the nation’s farmers throughout the year.  The unemployment rate dropped to one of the lowest in the country (a 50 year low) however, the president imposed tariffs on steel and aluminum in March and then in July announced a $12 billion aid package for those hurt by the tariffs. These tariffs did not bode well for American farmers who witnessed record yields along with below market prices. By year’s end four of President Trump’s advisors; a campaign foreign policy adviser, his former campaign chair, a campaign aide, his former national security adviser and his personal attorney each pleaded guilty to federal charges. In late October the Tree of Life Synagogue in Pittsburgh witnessed the single most killing upon a religious community in the United States; killing eleven congregants.
In the mid-term elections Democrats regained control of the House of Representatives while the Republicans retained the Senate. On November 11 the world paused to commemorate the one hundred anniversary of the armistice, which was signed between the Axis and Allies ending the First World War.
U.S. stocks kicked off the New Year on a high note as Wall Street bet on another strong year for equities. The Nasdaq composite hit record highs. The index also closed above 7,000 for the first time. The Dow Jones industrial average rose to finish at 24,824.01 only to sharply fall around Thanksgiving wiping out any gains for the year. By year’s end, the Dow would finish around 23,000.  With fears of an extended government shutdown the year ended on a somewhat somber note.
They hymn writer reminds us:
When the woes of life o’ertake me—
Hopes deceive, and fears annoy,
Never shall the cross forsake me,
Lo! it glows with peace and joy.
When tragedy strikes Christ remains. This is nowhere more clearly known than in the cross of Jesus, where God was joined to the fullest human experience of loss - suffering an unjust and cruel death- out of love for us. God is present. - Not causing chaos. But entering into it. Not sending calamity. But suffering through it. Not standing over us. But holding tightly on to us. And promising never to let go. Wherever there is human tragedy and pain, the incarnate and crucified God is there.
We do not know what condition our nation and society will be tomorrow, or in the future. But we do know where Christ will be from now unto eternity.
“Stat Crux Dum Volvitur Orbis” –“The cross stands while the world spins.” While the world appears to be breaking apart all around us, the cross of Christ stands strong.  We are not given to panic but to pray. So continue in the vocation, which Christ has placed you. Bloom where you are planted. Gossip the gospel. Stay focused. Be a blessing. Be a sermon in shoes!
In the cross of Christ I glory,
Towering o’er the wrecks of time;
All the light of sacred story
Gathers round its head sublime.

Despite the circumstances of our lives; separations, suspicions and sorrows Christ has conquered victoriously for us. The cross of Christ always stands before us.