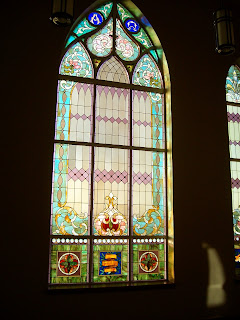 It would be helpful for us to know the context and the circumstances surrounding Paul’s address to the Romans. Paul is addressing a congregation of Jewish Christians. A group of people committed to a new Messiah who found themselves living in the capital city of the Empire. Jewish Christians had recently returned to the Empire’s capital after having been exiled by Emperor Claudius. (See Acts 18:2)


According to the Roman historian Tacitus, this exile took place because the Jews were constantly fighting about ‘Christos’ – a reference to the ongoing conflict between Jewish Christians (such as Paul, Aquila and Priscilla) and traditional Orthodox Jews. Who refused to believe in this Messiah Jesus.

When Paul wrote these words, the state was not persecuting Christians…yet.


Claudius was followed by his 17-year-old stepson Nero.1  Paul appealed to the Emperor Nero.2  (See Acts 25:11) And was subsequently acquitted after a hearing before the emperor. 3 4


Nero later became a brutal psychopath. Blaming Christians for the Great Fire of Rome. 5   Sending many of them to their death. Both Paul and Peter were executed by Nero shortly after the outbreak of the Romano-Jewish War, 6 when anti-Jewish frenzy was at its height.


As Paul addresses these Christians. He talks to them pastoral. Concerning the ways in which they should live. To be sure. They were conflicted. The former Emperor had sent many of them into exile. Now that they have returned back to Rome. The conflict concerning Jesus was still present. There was now a new Emperor. Yet many of the Roman people thought him compulsive and corrupt.


Until Jesus comes, we will be "pilgrims and stranger" in this world. Like those believers in Rome. We are surrounded by an alien culture. That needs to hear about Jesus. That needs to see His truth lived out by those who claim to know Him. Consequently we submit to those who are masters over us.

Paul begins this section with a command. A divine directive.  “Each must be subject to the governing authorities.” v.1 Paul makes it very simple for us. To resist the State is to resist God. To obey governmental officials is to obey God. Paul is on the side of law and order. We obey the laws of the State for good order and for sake of a good conscious.


It is assumed that governmental officials are trustworthy ministers of justice for all. According to this view, the State is an order of God’s creation. It is God’s way of executing justice and restraining evil. Thus, government officials are ministers of God carrying out justice in society by punishing evildoers. This gives Christians a new insight into their attitude and response to government and its laws. To disobey the laws of the State is to disobey God who will bring judgment upon offenders. Imagine the change in the crime rate if this truth would be accepted by the majority in modern society.


Yet Paul does not insist on blind obedience. At all costs. As was experienced under Nazism. If and when a government is corrupt and persecutes people, it is because evil powers have taken over and must be resisted. The Lord reminds us to honor those over us as His representatives. However, if one of these demands something which God forbids or forbids something which God demands, we must obey God.


When the early apostles were brought before the Ruling Council for preaching Christ Luke reminds us, “And when they had brought them, they set them before the council. And the high priest questioned them, saying, “We strictly charged you not to teach in this name, yet here you have filled Jerusalem with your teaching, and you intend to bring this man’s blood upon us.” But Peter and the apostles answered, “We must obey God rather than men. (Acts 5:27-29)


And you may have to suffer. Paul has already mentioned this, “…but we also rejoice in our sufferings…”  (See Romans 5:3-10) When Shadrach, Meshach, and Abednego were ordered to pay homage to the king, they replied, “O Nebuchadnezzar, we have no need to answer you in this matter.
If this be so, our God whom we serve is able to deliver us from the burning fiery furnace, and he will deliver us out of your hand, O king. But if not, be it known to you, O king, that we will not serve your gods or worship the golden image that you have set up.” (Daniel 3: 16-18)


These Hebrew boys were never promised that the Lord would spare them. They knew God was able to intervene. Yet it was not given to them that deliverance would come. It did not matter.  They were willing to suffer and face even death if the Lord would not adjudicate their situation.


Presently we are living in a safe haven. We are free under the law to practice our faith. But that freedom is never certain. Thus we pray, in the words of the hymn, “Give Thy Church, Lord, to see, Days of peace and unity.”7


Yet we do not follow the law for the sake of “following the rules.” There is something more powerful than the mere observing of the laws which motivates us.


Love compels us. V. 8 –You are to be free of all debt except the debt of love. The one thing we have over our fellowman is love. For love is the performance of the law. If you truly love your fellowman, you will not hurt him, steal from him, lie to him or covet what he has. If we truly loved God, we would willingly obey God’s laws. Love is the answer to our delinquency, crime and moral corruption. The big problem is, where can we get such love? How can we get people to love each other? We must first experience God’s love for us before we can truly love each other.


Years ago. The National Park Service used to encourage visitors to, "leave them cleaner than they found them." Seek to promote the culture of grace in this world. To leave it better. Then you found it! To that end. Help us dear Lord.