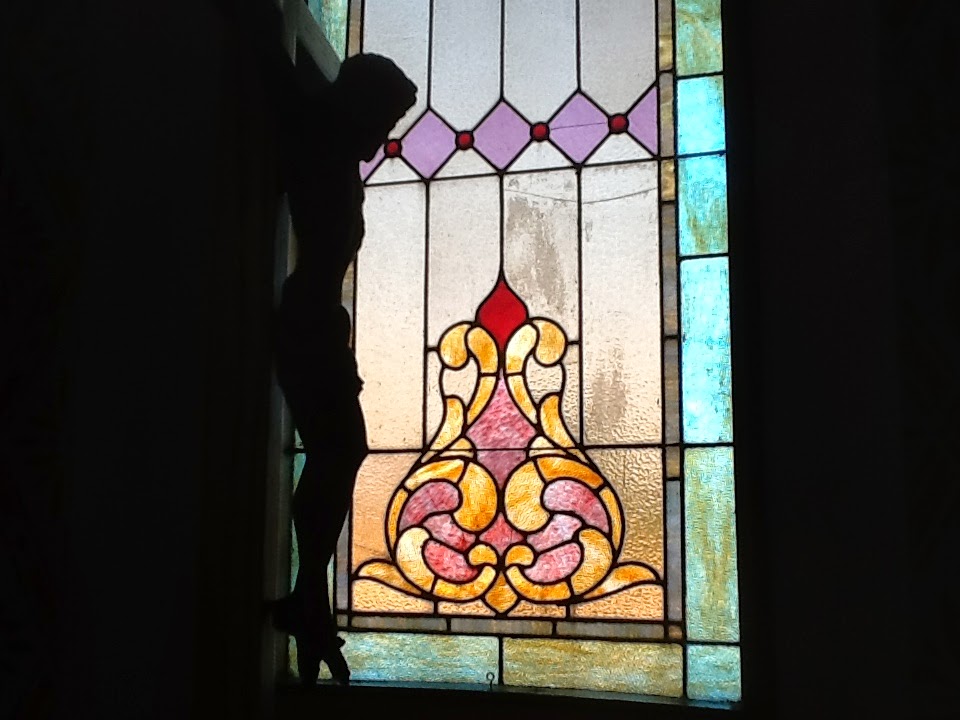 Almighty God, You exalted Your Son to the place of all honor and authority. Enlighten our minds by Your Holy Spirit that, confessing Jesus as Lord, we may be led into all truth.

It is Tuesday of Holy Week. The triumphal entry happened on Sunday. Jesus clears and cleanses the temple on Monday. Now, the confrontation. By whose "authority" do you do these things?

Jesus. He has not the authority of the elders. Instead, He makes Himself equal with God. Jesus does not have to defer to anyone.  He shows His authority by doing things. By going to a cross on Friday.  Offering you His life in exchange for your own.

Jesus confronts the religious leaders of His time. Priests, Scribes, Pharisees, Sadducees - They condemn Jesus.  Because of His association with sinners - publicans, prostitutes, and prodigals.  Jesus points out that when the religious leaders saw sinners repenting upon hearing John the Baptist, they still did not repent. Consequently, these sinners will enter the kingdom before the spiritual elite.

The religious elite. They challenge Jesus with a question. Unbelief will always argue and question. When an inquiry is asked without faith, Jesus will respond in one of three ways. He remains silent. He will call them a name. Or, He will ask another question.

The religious elite. They do not care about truth. They want it their way. So Jesus responds with a question of His own. John's baptism.  Was it from heaven or men? The people saw John as a prophet sent from God. John and Jesus were viewed as one. They answer His question, “we don't know.” So He continues to teach with His parables. The sinner who repents enters the Kingdom.

There were two sons. One repents. He enters the Kingdom. Even though, at first, he disobeyed the Father.

The father uses a familiar address. “Son, go and work.” He asks nothing but what would have been expected.

This one son says, “I will not.” He gives a rude refusal. This son uses no polite term of address to his father. This conduct corresponds to that of the “tax collectors and sinners” who show blatant disregard to God’s will under the covenant.  But later he changes his mind and obeys. This first son has a change of will from within. He repents. He responds to the preaching of John the Baptist. Repenting, he brings forth the fruits of repentance.

The other son says, “I go.” This son was very polite. He calls his father “Sir.” He had respect and piety. He said he would go to work as the father expected. He gave the right answer. But it was mere lip service. He showed proper respect. But he was not as good as his word.  He did not go. He failed to do what he had said.

But deeds, and not mere words, are required to fulfill the Father’s will.  The Pharisees, “They preach…but they do not practice.”[1] They know the right things to say in worship and prayer. They consent to God’s laws and make promises to obey but do nothing. They have confession without execution. They do not get into the Kingdom. They failed to repent. This does not mean that we are saved by acts of obedience. But a superficial and artificial relationship with God does not count. They are left out of the Kingdom. They refuse to repent. They see no need of Christ. They are the obedient who disobey. Lip service is inadequate.

Blatant sinners originally refused to obey. But they repent. And so, they entered the Kingdom. Disobedient dirties, at last, obey. They repent. They followed and went.

This involves sorrow over sin. But we mustn’t simply wallow in our misery. Self-pity will not do. Rather, we regret over our failures. We have remorse. We are truly heart-sorry for that which we have done.

And, we have faith. We trust that God has forgiven our sins for Jesus’ sake. We trust that God declares us righteous because of the life, death and resurrection of Jesus. And then, by a God-given resolve, by the power of the Holy Spirit, we determine to be righteous in our everyday life.

He who has entered the kingdom through repentance and faith loves not just in words, but, in deed and in truth. His faith is not dead, without works. But alive and bearing fruit. Consider the heart of the matter. There needs to be a new heart and a new spirit. A heart that loves God. And a spirit that obeys His Word. With actions of mercy and sacrifice.
____________
Words –841
Passive Sentences - 4%
Reading Ease –80.5
Reading Level -3.9