Wednesday prior to Epiphany 2 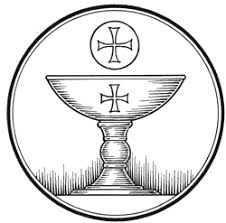 1 Samuel 3:1-10—The child Samuel hears God’s call to be a prophet. In the temple at Shiloh, the boy Samuel is serving the priest Eli. He sleeps near the Ark of the Covenant, a symbol of God’s presence. One night Samuel is called. Twice he mistakes the voice of God for Eli’s. Then Eli instructs the boy to say, “Speak, Lord, for your servant hears.” Samuel obeys and God speaks to him of future happenings  in Israel.

The theme for the second Sunday after the Epiphany is quite clear –the call of God. God calls Samuel to be his prophet. Samuel is called into a holy vocation.

Eli's sons are from the priestly line, and it is their birthright to serve in the Temple. Yet, they have not acted justly. They have used their position for personal gain instead of service to the Lord. Throughout the Bible, God does not always choose the expected ones. Jacob, Joseph, Moses, and David were all unlikely choices. Jesus calls fishermen and laborers to serve as disciples instead of the priests and prophets of Jerusalem. Power and position in the church or community do not guarantee a similar place in God's world. All, even outsiders, are given tasks in God's kingdom.

God's words to Samuel were hard to hear and even harder to speak to others, for they involved judgment against Eli's own children. Like Samuel, Isaiah, and Jeremiah, God's call often involves working to change human systems that are broken, leading one down difficult paths.

God's call comes when we least expect it and often to those we least expect. God is always the God of surprises. We, as the church, need to be like Eli, encouraging everyone to hear the voice that calls them forth into all they are created to be. At the same time, we help each other to tell the truth, even when the truth is hard to hear.[1]

Lord God, You showed Your glory and led many to faith by the works of Your Son. As He brought gladness and healing to His people, grant us these same gifts and lead us also to perfect faith in Him.[2]

The Sacrament of the Altar,  copyright © Ed Riojas, Higher Things