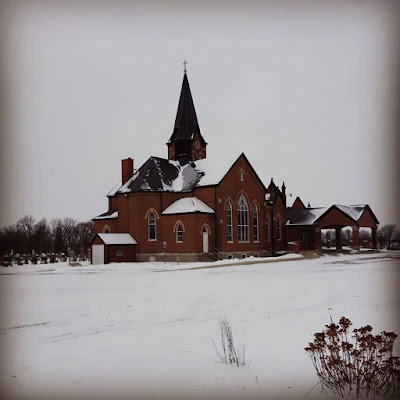 What we celebrate at Christmas is not so much the birth of a baby, as important as that is, what is significant about the birth of this particular child is that in this birth we have God Himself coming into our world taking on human flesh. John in the prologue of his gospel will simply say, “And the Word became flesh and dwelt among us.” (John 1:14) The story of Christmas is God’s quite mysterious decision to become human, like you and me.

The Christmas story begins with really good news. God has decided to accompany us in history. Because of Christmas we know that the Crucifixion and Resurrection are good news. Human history, our history, matters, because of that original gift of the Father. “God so loved the world that He gave His only Son.” (John 3:16)

The purpose for Christ’s coming into our world is the story of redemption. Jesus makes Himself of no reputation. He allows Himself to become subject to human hostility, human criticism and denial. The apostle Paul explains, “He took the form of a bondservant and coming in the likeness of men.” Jesus doesn’t merely come as a man, He comes as a slave. “And being found in appearance as a man, He humbled Himself and became obedient even to the point of death,” the shameful death of the cross." (Philippians 2:7-8)

The story of Christmas is quite simple. Mary and Joseph are on the road with almost everybody because of a clumsy census.  (Today, we simply mail in the forms!) That’s why there is no room at the inn. Then there are those shepherds, caretakers of sheep, who are the first to get the message to rejoice. Then come the wise men from the East who, remarkably, follow the star to a stable and, without a moment’s hesitation, they enter, pay homage and give gifts. Then they return home.

The story leads to a message - that God is with us; in every circumstance, in every instance. Christmas recalls the day God first appeared to us as one of us.  The purpose of Christ’s coming, that God Himself would renew all things. Thus Paul would remind us, “Do not be conformed to this world, but be transformed by the renewal of your mind, that by testing you may discern what is the will of God, what is good and acceptable and perfect.” (Romans 12:2)

Illustration from a woodcut by Baron Julius Schnoor von Carolsfeld, 1794-1872, a distinguished German artist known especially for his book, Das Buch der Bücher in Bilden (The Book of Books in Pictures). copyright © WELS used by permission for personal and congregational use.