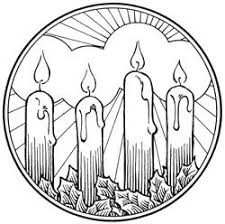 Vigilance is needed because the return of Christ will be unexpected for many living in this world.  It is a common failure among some people to ignore the signs of the times of impending disaster. It is confirmed at the time of an earthquake or hurricane. Such events were well documented and demonstrated in the storms of Katrina and Rita and in forest fires in California Arizona and other western states.

People didn’t think things could get that bleak. They didn’t leave when they were suppose to and then it came to a point when evacuation was impossible there was no escape. At first they would not leave then they could not leave.  Some refuse to heed the warnings and so they suffer the consequences of the storm.

Vigilance is the price of preparedness.

1. Danger of preoccupation – V. 38 “For in the days before the flood, people were eating and drinking, marrying and giving in marriage, up to the day Noah entered the ark;”

For the people of Noah’s day it was a case of business as usual. They just did not think of a possible flood. The warning signs were all about. Noah would preach judgment, the approaching flood, and continued to build the ark. His message fell on deaf ears. The people were preoccupied with the business of living.

Some might lay the same claim against us Christians especially in this Advent season.  ‘You keep talking about Jesus coming back to this earth,’ they say. ‘It’s been 2,000 years, He hasn’t returned.  Maybe you’re just a little preoccupied with all this talk of Jesus and His 2nd coming’.

And yet, in this world people are constantly thinking about their future. They plan for retirement, they pre-arrange for their funeral, they make provisions for financing their children or their grandchildren’s education – planning, investing, saving for future events years in the making. Yet, they fail to make provisions for their immortal soul. What’s the difference? Some have a different set of priorities in life.

Why all this concern?  Because there are people living even in our own community “without a prayer”.  They are living their day to day lives “without a prayer” of tomorrow or of their future destiny. They are missing – missing from fellowship – missing from a relationship with the Savior – mission from spiritual union with other believers. They are on the outside looking in – and they don’t even know it.

One will be taken into glory and the other will face judgment. The one taken was prepared for the Lord’s coming. For the other, it was too late. Their time of grace was wasted. How many shattered lives? How many misspent years attempted to gain the whole world only to have lost their soul?

The coming day is not to be put off. What words can more strongly describe the suddenness of our Savior’s coming! Men will be at their respective businesses, and suddenly the Lord of glory will appear. Women will be in their place of employment, but in that moment every other work will be laid aside, and every heart will turn inward and say, “It is the Lord! Am I prepared to meet him? Can I stand before Him?” And what, in fact, is the Day of Judgment to the whole world, but the day of death to every one?  This the Savior reminds us, “Watch therefore: for ye know not what hour your Lord doth come” (Matthew 24:42 -KJV)

3. Danger of unexpectedness – V.43 “But understand this: If the owner of the house had known at what time of night the thief was coming, he would have kept watch and would not have left his house be broken into.”

A thief strikes when least expected. A Christian needs to live on the alert for Jesus’ coming. There needs to be a heightened awareness. Christ could return at any moment. Or, His return may be delayed.  No one is certain of the day or the hour.  Pay attention!

In the verse just prior to our text, {V. 37} Jesus reminds us that the time of His return is unknown to men. “No one know about that day or hour, not even the angels in heaven, nor the Son, but only the Father.”  Those who spend their time attempting to predict the date are like those who spend their hours attempting to break the bank at Vegas. Yet, know this; the date in time has been fixed.

“Oh, the Places you’ll go!” – happens to be the last book written and illustrated by children's author Dr. Seuss. A young boy, referred to simply as “you,” initiates the action of the story. Dr. Seuss tells us “The Waiting Place” isn’t fun for anyone. Here people wait for other people...for people just waiting. Waiting for a train to go or a bus to come, or a plane to go or the mail to come, or the rain to go or the phone to ring, or the snow to snow or waiting around for a Yes or No....

Waiting…is a part of life. And no, it isn’t fun. In life we wait - for anything and everything - even second chances.  In Advent it seems as if the saying or slogan is “Ready, set, Wait!”  Yet, vigilance is the price of preparation. Be on your watch. The end will come according to the Father’s appointed hour.