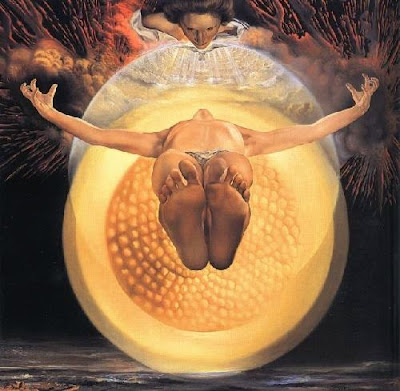 Almighty God, as Your only begotten Son, our Lord Jesus Christ, ascended into the heavens, so may we also ascend in heart and mind and continually dwell there with Him, who lives and reigns with You and the Holy Spirit, One God, now and forever.

Today is Ascension Day – today we remember – that the resurrected Jesus was taken up to heaven. In His resurrected body. In the presence of eleven of His disciples. Forty days after the resurrection.

Jesus might be visibly gone. Still He is physically present.  He remembers us. As He feeds us with His Word and Sacrament. He also intercedes for you. On your behalf. Standing next to you. He calls out to the Father. To bless and protect you.

What is the significance of the Ascension?

Jesus, the only begotten Son, has ascended into heaven.

In a real way, the Ascension is Luke’s Great Commission. This is why Jesus is ascending. He will not return until He goes back to the Father. Back to His seat of power. There He will sit –enthroned in glory.

As He leads them out, He raises His hands to bless them.  This was the work of the High Priest. The Lord commanded Aaron to bless the people. As your high priest, Jesus blesses you daily.

How does Jesus bless you today? The source of blessing are Jesus pierced hands. You are blessed because Jesus suffered, was crucified, has risen and now sits in glory. He may be set apart from you. But really, He isn’t. He is visibly gone. He remains physically present – in His Word, in His Sacraments, in His promise of Absolution. Real places, with real results. You find Him not where the world will be hunting. He is present in those places He has promised.

With Jesus, we ascend in heart and mind.

Just like those fist witnesses –“He opened their minds…to understand the writings.”  Preaching and teaching opened their minds. There must be an understanding of the Scriptures. Not just the heart but of the mind. A growing up in knowledge. In a right dividing of Jesus’ law and gospel.
Jesus’ command is simple. “Repentance unto forgiveness is to be proclaimed beginning at Jerusalem.” Jerusalem wass called, “the city of peace.”  It was the place of Jesus death. It was the place where the temple was the dwelling place of God.

So we will continually dwell there with Him.

“They returned to the city of peace with great joy.” It was an occasion of great joy. The ascension was the opposite reaction to the resurrection. In the resurrection, the disciples really didn’t get it. They asked themselves, “What’s next?” They gathered behind locked doors. In fear. In fear of the authorities. In fear of what would happened next.

After the Ascension, they went back to the public square. They continued daily in the temple blessing God. Heaven had broken into earth. They knew Jesus was with them. And He is with you too – this very night. He might be visibly gone yet He remains physically present. He remembers you. As He feeds you. He intercedes on your behalf. Calling out, next to you.