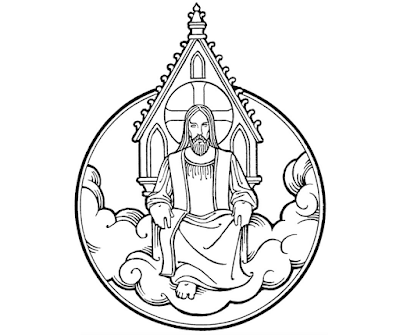 Ezekiel 34:11-16, 20-24 - The Shepherd King will gather His people. As the shepherd for his people, the LORD will seek the lost, gather, and feed his sheep with David as the prince among them. A popular metaphor for a religious-political leader in Judah was that of a “shepherd.” False shepherds, says Ezekiel, led Judah to ruin and captivity. So, the Lord will be her shepherd who will bring his sheep out of captivity in Babylon, feed them with justice, and restore them to their former homeland. The nation will be restored under a new leader, a Messiah, a son of David Jesus our Savior.

This lesson is related to the Gospel lesson for this coming week (Matthew 25:31-46) by the fact that Jesus compares his sheep to himself while Paul in the Epistle lesson (1 Corinthians 15:20-28) depicts Jesus as the victor over the world with all things under Christ’s feet, including death. Thus the theme of Christ as our victorious King is woven throughout the readings appointed for this coming Sunday.

The Lord says He will be the shepherd of His people. A shepherd is considered a king in Hebrew writings. He acts like a king who cares for his people. He is a good shepherd, the perfect one. He does only good for his people; seeks, gathers, and feeds them. He has compassion on the lost, the crippled and the weak. Nor does he neglect the healthy ones whom he feeds with justice.

As we consider how the Lord dealt with his people in the past we are comforted that he will act on our behalf with the same mercy and compassion. Thus we sing with the hymn writer, “My God, how wonderful thou art!”

Collect for Christ the King Merciful and gracious Lord, You cause Your word to be proclaimed in every generation. Stir up our hearts and minds by Your Holy Spirit that we may receive this proclamation with humility and finally be exalted at the coming of Your Son Jesus Christ, who lives and reigns with You and the Holy Spirit, one God, now and forever.[1]