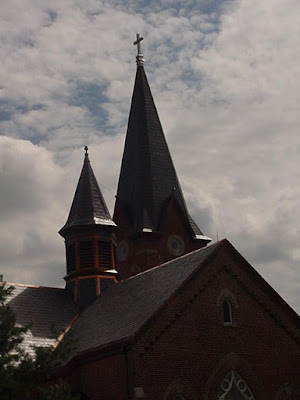 It’s a new year and a new decade. The Gospel of Luke uses a census to explain the birth of Jesus in Bethlehem. Families had to register in their historical tribal town rather than where they lived. The trip from Nazareth to Bethlehem about seventy miles would have taken a few days to travel. Their trek was probably longer as Mary was in her third trimester of pregnancy.

Today, the United States Census (plural "censuses" or "censi") is a decennial census mandated by Article I, Section 2 of the United States Constitution, which states: "Representatives and direct Taxes shall be apportioned among the several States... according to their respective Numbers.... The actual Enumeration shall be made within three years after the first meeting of the Congress of the United States, and within every subsequent Term of ten Years."

In 2020, every household will receive an invitation to complete the census over the internet, by phone or by paper questionnaire. Back then persons traveled to register at the behest of the government. Today the government shows up at our doorstep requesting information.

As Joseph and his new bride traveled to register in Bethlehem the worship of Caesar was the official religion. His birth was the beginning of the New Year. His coming was considered good news. He was lauded for bringing peace and prosperity to the empire. Jesus came into a Romans world worshiping a “son of god” who brought good news and peace to all. Few noticed Christ’s coming. Seldom do today.

Back then, the people were subsistence farmers, raising one bag of food for themselves and one for King Herod or Caesar. Biblical scholar John Dominic Crossan said in an interview in Christian Century magazine. “I think it’s safe to say that by our standards, injustice was built into this system--10% at the top controlled virtually everything.” While the rich prospered, the peasants suffered. Today, income inequality gaps in earnings between America's most affluent and the rest of the country continues to grow.

Jesus entered our world at a particular time and place similar to our own, a world familiar with taxation, including a census. St. Paul explains it this way, “But when the fullness of the time had come, God sent forth His Son, born of a woman, born under the law.” – Galatians 4:4 Jesus came to us as a child, raised in humility.  Who would choose such an entrance? One who did not find equality with God something to be grasped.   He emptied himself taking the form of a servant being born the likeness of men and became obedience to death even death on a cross. Such a contrast to the rulers and princes of this age.

As we enter now into the Epiphany season the death of Jesus is still in the future yet its shadow falls on the manger. He became our suffering servant. Caesar may have brought good news and peace. The peace the Father brings through His Son is the good news of salvation which is eternal. He keeps no calendar. Through the cross of His Son there is no record of wrong.