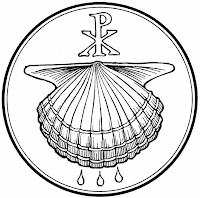 God Reveals His Glory in Christ and His Cross

Almighty and everlasting God, who governs all things in heaven and on earth, mercifully hear the prayers of Your people and grant us Your peace through all our days; through Jesus Christ, Your Son, our Lord,

“The Lord, the Redeemer of Israel” calls forth “his Holy One” (Isaiah 49:7), Jesus, the Christ, “from the womb” of His mother (Isaiah 49:1). The incarnate Son of God is revealed as the Savior, not only for Israel but also “as a light for the nations” whose salvation reaches “to the end of the earth” (Isaiah 49:6).

John came “baptizing with water” (John 1:31) to reveal Jesus as “the Lamb of God, who takes away the sin of the world” (John 1:29) and who glorifies His God and Father by His atoning sacrifice upon the cross. When Jesus was baptized in the waters of the Jordan, the Holy Spirit descended “from heaven like a dove” and “remained on him” (John 1:32). By our Baptism, we are anointed by the same Spirit, adopted by God the Father and “called into the fellowship of his Son, Jesus Christ” (1 Corinthians 1:9). Therefore, we “are not lacking in any gift,” but we can trust Him who promises to sustain us to the end, “guiltless in the day of our Lord Jesus Christ” (1 Corinthians 1:7–8).

God had clearly predicted that the Christ would be uniquely endowed with the Holy Spirit.  One example of such prophecy is found in Isaiah 61:1. Here the Christ (the “Anointed One”) says: The Spirit of the Lord God is upon me, because the Lord has anointed me to bring good news to the poor….(61:1).  Because the Holy Spirit is invisible, how could anyone identify the Christ to be endowed with the Spirit?  God has a solution:  The Holy Spirit would take the form of a dove!  Thus John the Baptist attests:  I saw the Spirit descend from heaven like a dove, and it remained on him (John 1:32).  At that moment, literally visible to John the Baptist’s eyes, the long awaited Christ, who would be absolutely endowed with the Holy Spirit, is revealed. Merely confessing that Jesus is the Christ—the one who’s coming is at the very heart of the Old Testament—is in itself a confession that He is also the Son of God, the Savior.

The Fish Story is the confession:  Jesus Christ, Son of God, Savior. So what about John the Baptist’s confession of Jesus as Savior?  John identified this reality by introducing Jesus with the profound exclamation:  Behold, the Lamb of God, who takes away the sin of the world! (v 29).  Is there any greater confession of the saving work of Jesus?  Indeed every Christian believes and confesses the Fish Story introduced by John the Baptist, that Jesus is the Christ, the Son of God, the Savior: IXThUS.

Behold right in front of you is the Christ, bearing removing  the SIN of the world. Ongoing activity continues to bear the world's sin.

What comes before is John's clear confession that he is not the Christ.

John 1:30
οὗτός ἐστιν [a]ὑπὲρ οὗ ἐγὼ εἶπον• Ὀπίσω μου ἔρχεται ἀνὴρ ὃς ἔμπροσθέν μου γέγονεν, ὅτι πρῶτός μου ἦν•
This is he of whom I said, 'After me comes a man who ranks before me, because he was before me.'

Hearkens back to the prologue Jesus was conceived and born after John...this  is both temporal and theological.

John 1:31
κἀγὼ οὐκ ᾔδειν αὐτόν, ἀλλ’ ἵνα φανερωθῇ τῷ Ἰσραὴλ διὰ τοῦτο ἦλθον ἐγὼ [b]ἐν ὕδατι βαπτίζων.
I myself did not know him, but for this purpose I came baptizing with water, that he might be revealed to Israel."

The other baptism accounts do not have the spirit remaining. The Father's word to John is the only way we know this is the Spirit, not the narrator.

John 1:33
κἀγὼ οὐκ ᾔδειν αὐτόν, ἀλλ’ ὁ πέμψας με βαπτίζειν ἐν ὕδατι ἐκεῖνός μοι εἶπεν• Ἐφ’ ὃν ἂν ἴδῃς τὸ πνεῦμα καταβαῖνον καὶ μένον ἐπ’ αὐτόν, οὗτός ἐστιν ὁ βαπτίζων ἐν πνεύματι ἁγίῳ•
I myself did not know him, but he who sent me to baptize with water said to me, 'He on whom you see the Spirit descend and remain, this is he who baptizes with the Holy Spirit.'

John 1:34
κἀγὼ ἑώρακα, καὶ μεμαρτύρηκα ὅτι οὗτός ἐστιν ὁἐκλεκτὸς τοῦ θεοῦ.
And I have seen and have borne witness that this is the Son of God."

John 1:36
καὶ ἐμβλέψας τῷ Ἰησοῦ περιπατοῦντι λέγει• Ἴδε ὁ ἀμνὸς τοῦ θεοῦ.
and he looked at Jesus as he walked by and said, "Behold, the Lamb of God!"

John 1:38
στραφεὶς δὲ ὁ Ἰησοῦς καὶ θεασάμενος αὐτοὺς ἀκολουθοῦντας λέγει αὐτοῖς• Τί ζητεῖτε; οἱ δὲ εἶπαν αὐτῷ• Ῥαββί (ὃ λέγεται μεθερμηνευόμενον Διδάσκαλε), ποῦ μένεις;
Jesus turned and saw them following and said to them, "What are you seeking?" And they said to him, "Rabbi" (which means Teacher), "where are you staying?"

John 1:39
λέγει αὐτοῖς• Ἔρχεσθε καὶ [h]ὄψεσθε. ἦλθαν οὖν καὶ εἶδαν ποῦ μένει, καὶ παρ’ αὐτῷ ἔμειναν τὴν ἡμέραν ἐκείνην• ὥρα ἦν ὡς δεκάτη.
He said to them, "Come and you will see." So they came and saw where he was staying, and they stayed with him that day, for it was about the tenth hour.