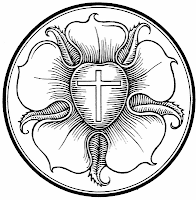 INTRODUCTION: How willing is the Savior to help His own? Such a question is asked even of the most pious and devout believer. Is the Savior able to come to me when I need Him the most? When I call will He answer? Is my circumstance too bleak even for Jesus? The answer to these pressing questions is answered in our text for this day. When it comes to the Savior helping His own nothing will deter Him – not even death!  Let’s see how the cruel world reacts…

A.        This is the only way in which the world perceives reality.
1.          That there are certain challenges which not even Jesus can help. Who could bring someone back from the dead?
2.          If it’s believed that Jesus cannot help – then their statement is correct – “why trouble the Master?”

B.        Yet, how the world perceives reality may be deceiving.
1.          God’s masks – His power is seen in weakness; when we are brought low it is Christ who raises us up.
2.          Why trouble the Master? When tempted to give up and give in it is then that we need to seek Christ where He can be found. Instead of telling the Savior about your storm – tell our storm how big you Savior is.

Transition: People’s opinion will not deter Jesus from helping – nor will people ridicule and scorn.

Transition: We cry to Jesus to help in every desperate situation. He will come to us without fail – even when death’s grim reality?

A.        Jesus swallowed up death by His own death and resurrection. Because of the cross and empty tomb we are Easter People! Listen to how Mark describes it later on in his gospel account!
When Jesus rose early on the first day of the week, he appeared first to Mary Magdalene, out of whom he had driven seven demons. She went and told those who had been with him and who were mourning and weeping. When they heard that Jesus was alive and that she had seen him, they did not believe it. Afterward Jesus appeared in a different form to two of them while they were walking in the country. These returned and reported it to the rest; but they did not believe them either. Later Jesus appeared to the Eleven as they were eating; he rebuked them for their lack of faith and their stubborn refusal to believe those who had seen him after he had risen. Mark 16:9-11

It has not quenched the Spirit,
It cannot, has not,
nor will not lesson the power of the resurrection!

CONCLUSION: When we cry to Jesus for help in a desperate situation, He comes to us without fail!

Artwork by Ed Riojas, © Higher Things
Posted by Pastor D at 12:00 AM